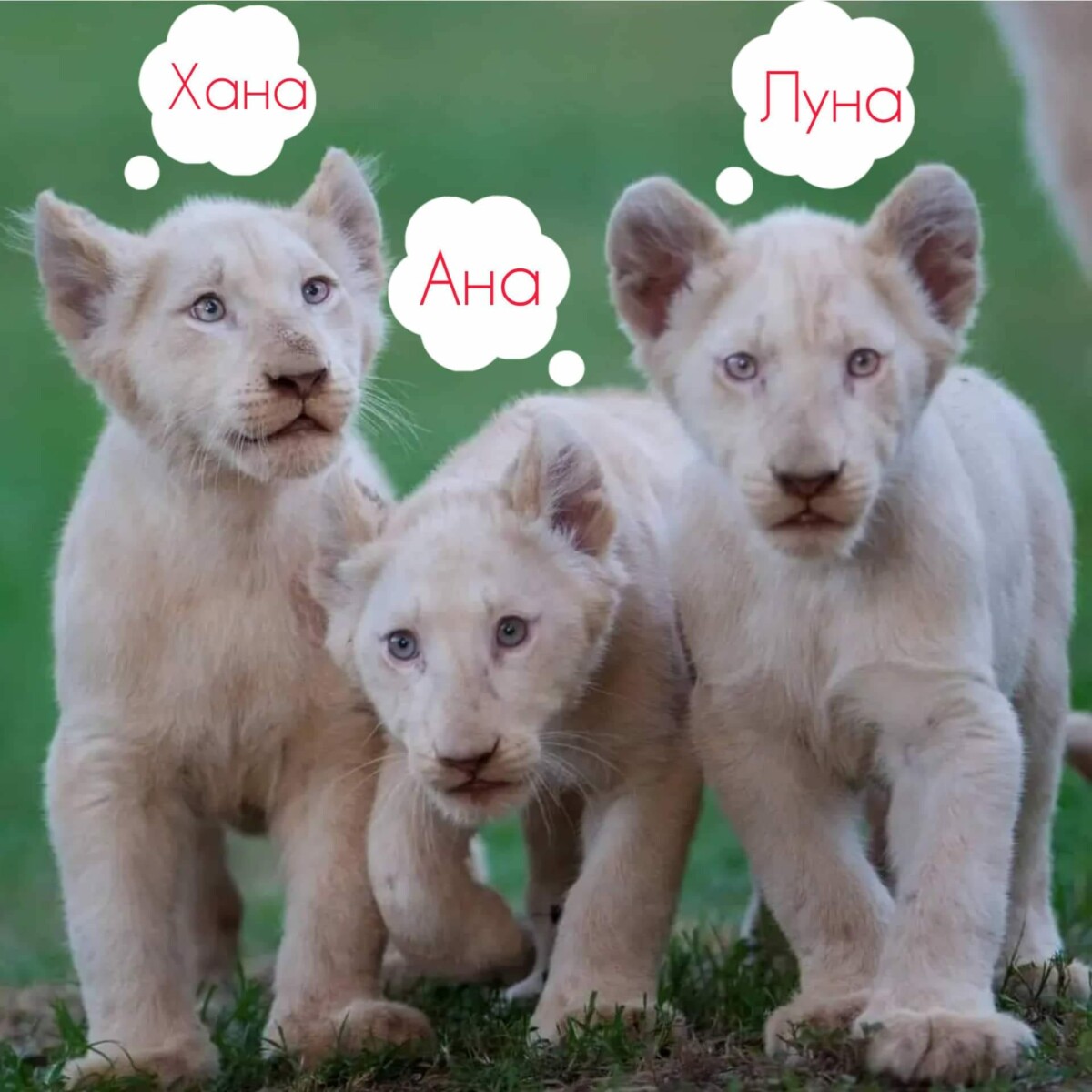 Khan, Anna and Луна are the chosen names for the three female lion cubs who were born four months ago in the Skopje Zoo.

After the lion cubs grew a little and were released into the outdoor habitat, the authorities decided that their "godfathers" should be their citizens. All those interested could suggest names written on a piece of paper and leave them in the boxes that were left in front of the entrance to the Zoo, but also on the Facebook pages of Skopje ZOO and City of Skopje.

After the garden staff reviewed all the proposed names, it was decided that the lion cubs would receive these names.

"In the past few days, we received over 3000 suggestions for the names of the three female lionesses in the boxes left in front of the entrance to the zoo, but also on the Facebook pages of Skopje ZOO and the City of Skopje. Thank you for being creative and helping us choose the names for these three little beauties together. We carefully read all the suggestions and most of them were for Luna, Anna and Hana. May they be alive and healthy and bring joy to us for many more years", say the Zoo in Skopje.

The cost of building a Universal Hall will be paid by the government, the Luna Park will be only with props

Arsovska: The contracts of persons in "Communal Hygiene" who did not come to work were terminated

Garbage trucks leave behind a smelly trail, there is no solution

Due to a defect in the water supply network, parts of Skopje are without water

VIDEO: The city of Skopje is starting to subsidize people who want to work as tinsmiths, potters, watchmakers...

Changes have been made in the project: Will the reconstruction of the Universal Hall finally continue?