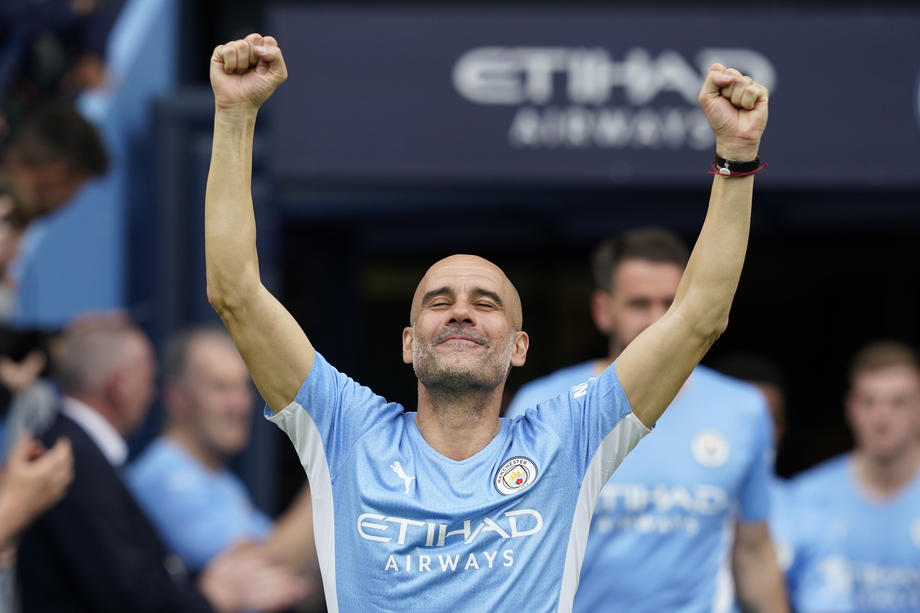 Manchester City manager Pep Guardiola, after winning the the Premier League title said that his team is special and will be remembered for its good results.

Manchester City in the last round with 3: 2 defeated Aston Villa, although 15 minutes before the end of the match they lost with 0: 2. He said that he will prove his genius next season.

- The moment when we scored the goal changed everything. We did not play in normal "conditions", but we have to be patient with that. We are legends. When you win the Premier League for the fourth time in five seasons it's because my players are special. "Next season we will have the opportunity to make five exchanges during the match and you will see what a genius I am," said Guardiola.

The Spaniard today won the fourth title in the Premier League with Manchester City, which has won six championship trophies in the last 11 seasons.

- We won the first title with a big difference, then we won it thanks to the triumph over Brighton, then we won one without fans, and now with them. That's the best - added Guardiola who then complimented Liverpool who ended up in second place in the table with only one point less than the "citizens".

- The size of our success is defined by the size of our opponent. I have never seen a team like Liverpool, I know it's hard for them, but I send them huge congratulations. They helped us to be better.