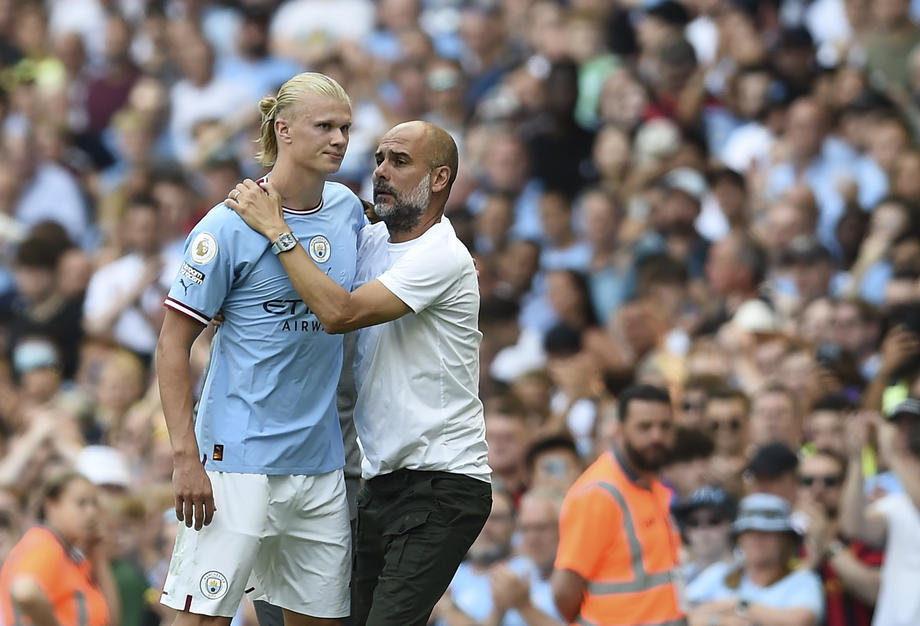 The English champion Manchester City also celebrated in the second round of the Premier League, this time in front of their spectators with 4:0 against Bournemouth, and the new striker Erling Haaland set an infamous record.

The most deserving of the triumph is Kevin de Bruyne with a goal and an assist, and Foden and Gundogan were also on the scoresheet, while the fourth goal was an own goal by Lerma.

The match was also marked by the new striker of the "citizens", Erling Haaland, who, although he had a great desire to score a goal in front of the home fans, ended up setting an infamous record in the Guardiola era.
Haaland in 74 minutes of play had only two completed passes, one of which was the assist to Gundogan.

This is the fewest number of successful passes ever by a player who has been in the City first team since Guardiola sat on the bench.