There are kindergartens, there are children, there is no one to pay for new educators 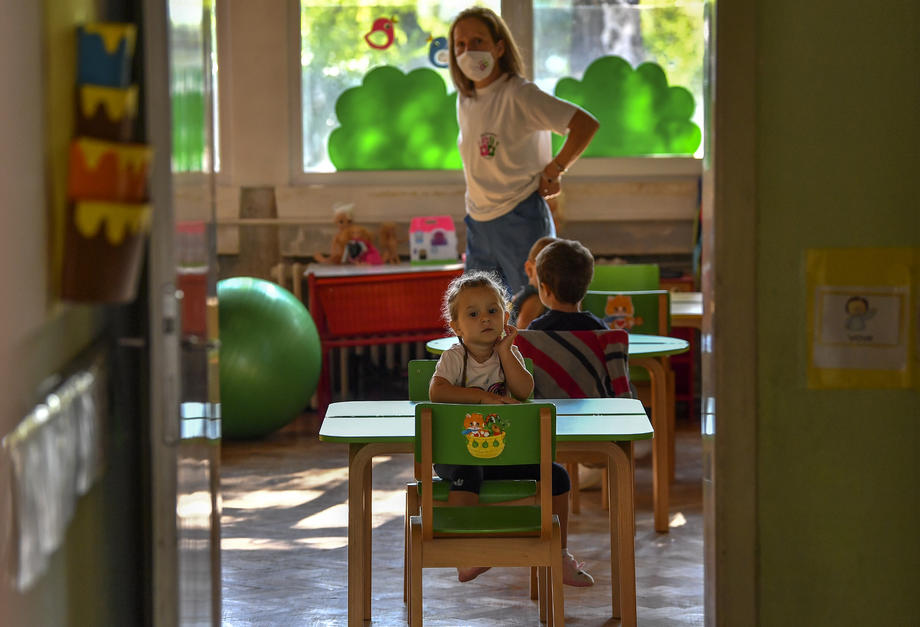 Inter-institutional misunderstandings left them children neglected. While the discharge deadline is running from kindergartens in Karposh for children from other municipalities, 306 children are waiting to be admitted to Karposh, and as many as 500 children are waiting to be enrolled in kindergartens in Gjorce, where they are actually the largest number of children who will be left without institutional care after June XNUMXth. A solution to the problem is sought in new employments so that several new premises can be put into operation which are fully prepared for the reception of children, but for months the approval for the employments is waiting.

- The Municipality of Karpos remains on the decision made by the Council, on the proposal of the Mayor Stevcho Jakimovski. June 200 is the deadline to drop out of kindergarten all children who are not from Karposh. It is about 306 children, most of whom are from the municipality of Gjorce Petrov. We understand that this is a difficult decision, but the citizens should know that XNUMX children from Karposh are already waiting for enrollment in kindergarten, say from Karposh.

They add that they have equipped new playrooms with a capacity for 200 children, but are waiting for approval for employment.

- The playrooms are empty even though they are equipped because we do not have staff to work with the children. We asked the MLSP to give us consent for new employments, but they do not allow us to hire new staff even in the place of those who have retired, say from Karposh.

In Gorche Petrov the situation is still more alarming. 500 children are waiting to be admitted there, and soon the children who will be written off by Karposh will be added to the list.

- We have three new playrooms with which we have expanded the kindergarten Detelinka, but we do not have staff. We have already hired seven educators who are paid from the budget of the municipality of Gjorce Petrov, but additional employment will be too much financial burden. We asked for seven employments to be approved, but we have been waiting for a positive response from the MLSP since December last year, says the mayor of Gjorce Petrov, Aleksandar Stojkoski.

He adds that the kindergarten in Volkovo is not finished yet.

- The kindergarten in Volkovo will be able to receive about 200 children, it will be a great relief for the municipality, but it still does not have a technical reception. No security works have been completed yet, there is no internal or external fence. We have provided funds for that purpose and a company has been hired, which I expect to complete it soon, after which we will wait for technical acceptance and approval for 25 employments, adds Stojkoski.

OD MLSP they say the procedure for hiring new staff in the kindergarten Rosica is in progress.

- Employment in preschool institutions is conducted in accordance with the Employment Programs, as well as vacancies on various grounds. The institution submits a request to the Ministry of Labor and Social Policy by submitting a request for filling a new or vacant job in accordance with the job systematization act, and the ministry submits the same to the Ministry of Finance after determining the justification of the request. According to the available funds, the Ministry of Finance gives consent for approval of financial resources for the job to be filled. Regarding your question for filling vacancies in JOUDG "Rosica", Municipality of Gjorce Petrov - Skopje, we inform you that the procedure is ongoing and the institution has submitted to the MLSP a request to fill 9 vacancies for educational and other staff, say from the MLSP.

Due to the announced blockade in front of the Parliament, JSP buses will run according to a modified schedule