The guests of "Pro-Za Balkan" read fragments of their works 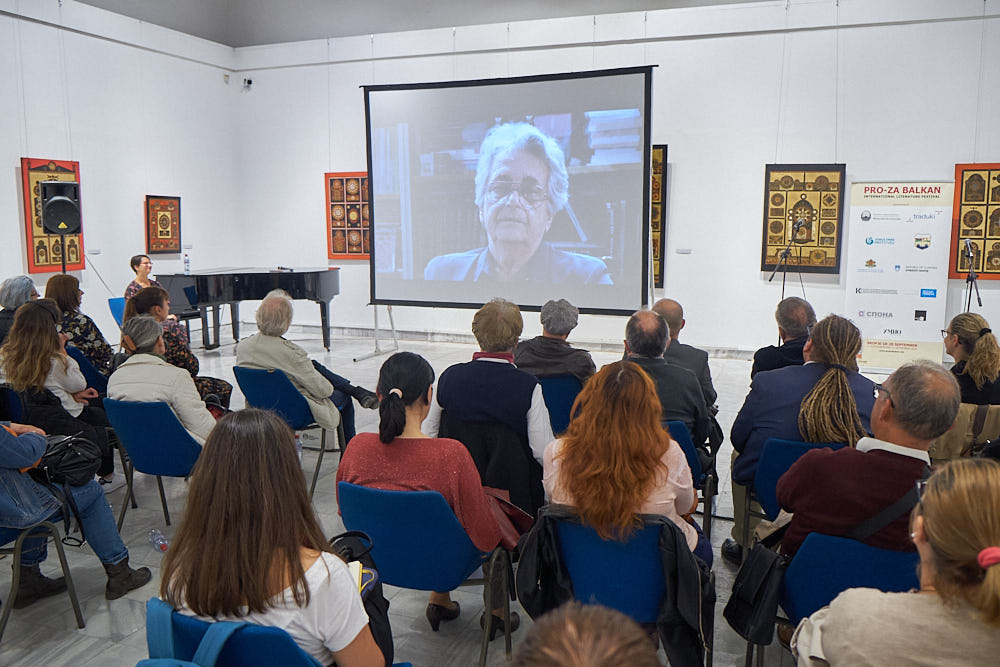 The official, literary part of the "Pro-Za Balkan" International Literary Festival ended on September 20 with the presentation of the "Prozart" award to the writer Olivera Nikolova and the reading of fragments of the works of the guest-participants of this year's edition of the festival in the beautiful setting of the Dautpasha Hammam .

– Today, when my country and my language are successfully multiplying their echo, and we feel hearty and vigorous, why not say that here, we too are diligently weaving the web of the world together with others? The web of the world like some earthly galaxy in which all the constellations shine equally for everyone. That we try to believe that it is so and that it must be so. Don't we already fearlessly straighten our own before the tide of others? Why not say that? That we were illegally taken and that we ourselves were illegally taken, that we gave and were given and that all areas outside the artistic always seemed banal and ordinary to us, and that the true meaning of the pathetic, the true meaning of the dramatic, for us was not to we give them their photographic value, but their highest spiritual meaning - said Olivera Nikolova in her video address on the occasion of the presentation of the "Prozart" award, which was awarded to her by the "PRO-ZA Balkan" International Literary Festival.

Addressing the writers and saying that they will certainly understand what she is talking about, Nikolova added that "they will never know for sure what bulwarks are being erected by what they are working on, until they miss the time that runs in front of them and waves at them from the future for reference”. So he just saluted them, regretting that he was unable to do it live as he said "with the humility that we usually all vote for, which, in fact, raises in triumph the banner of commitment, dreams and reason."

Each of the authors-guests at the festival presented themselves with excerpts from their works in the language in which they work. Writers read in the Dautpasha hammam: Damir Karakas from Croatia, Bronja Jakelj from Slovenia, Vladislav Bajac from Serbia, Elena Aleksieva from Bulgaria, screenwriter and director Rajko Grlic from Croatia, writer Tomislav Osmanli and poet Pijan Slavej. Everyone had the opportunity to socialize in the past three days together with the members of the "Skopje Fellowship" program. 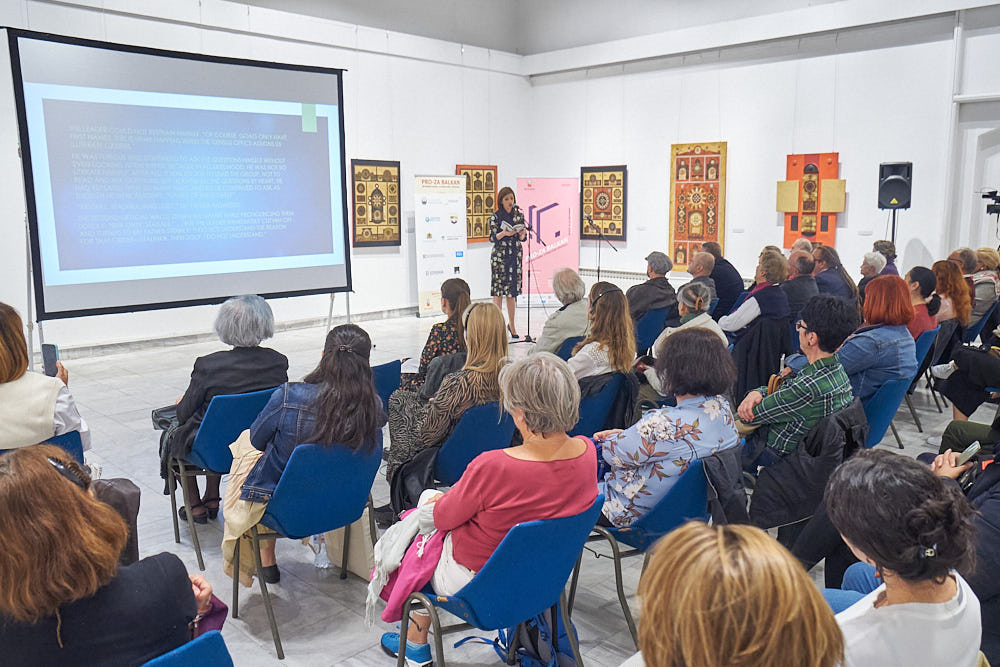 In memory of the writer and academic Luan Starova, his daughter Dita Starova Qerimi read an excerpt from his novel "The Return of the Goats", which he read during his visit to the festival in 2016.

The festival was closed by its founder, Dejan Trajkoski, who mentioned two things that testify as proof why such festivals and manifestations should exist.

- The first thing happened to Vladislav Bajac yesterday when he met a woman he met 20 years ago who told him that reading his "Bamboo Book" and the novel "The Druid of Sindidun" changed her life. The second is the letter that was sent to one of our laureates, Georgi Gospodinov, by an elderly woman from the hospital, and among other things, the letter said "I read you and I felt that I was still alive" - ​​pointed out Trajkoski.

As part of the additional program of the festival, on September 21, at 20:XNUMX p.m., the film "Caraula" by director Rajko Grlic, who is a guest of "Pro-Za Balkan", will be shown in the Cinematheque in Skopje. Before the screening, Petar Arsovski, Aleksandar Prokopiev and Rajko Grlic will talk.

The organizer of the festival is "Prozart Media". Supporters of "Pro-Za Balkan" are the Ministry of Culture, "Traduki", the Turkish Cultural Center "Yunus Emre", the City of Skopje, the Cultural and Information Center of Bulgaria in Skopje, the Embassy of Slovenia, the French Institute in Skopje, the Cinematheque, the National Gallery , "Spona".

Recognition for the publishing project of "Makedonica Litera" in China