Year of the Apocalypse: Baba Vangja with eerie prophecies for 2022, another pandemic is coming? 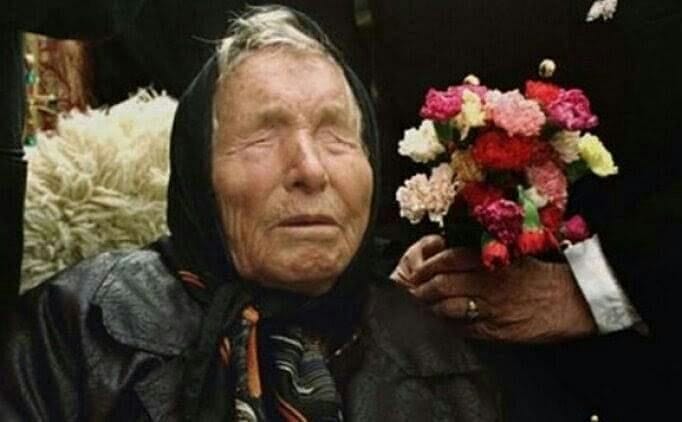 The clairvoyant Baba Vangja, ie Vangelija Gushterova, lost her sight at the age of 12, writes British The Sun.
This is what gave her a "second look", according to those who follow and interpret her predictions.

Baba Vangja known as "Nostradamus in the Balkans "died 25 years ago, but was believed to possess an unusual ability to predict future events.

She is said to have predicted the Covid-19 pandemic, the 11/2001 attacks, the death of Princess Diana and the Chernobyl disaster.

But for others, many of her viral predictions have been misinterpreted and seem unfounded.

However, despite this - every year people rush to see what it has to say "Baba Vangja", with Google searches increasing every December and January.

Like many prophets, such as Nostradamus, she predicts that 2022 will be "the year of the apocalypse," and here is what her followers believe is coming:

Vanga believes that humanity will make its first contact with extraterrestrial life forms that will arrive in asteroids. But the aliens will not come in peace. Because "alien ships will invade Earth and bomb cities and capture people." Keep in mind, however, that this year we have seen UFOs enter the mainstream and are being seriously debated in Washington.

The US Congress has even passed a landmark bill to set up a new field research office to investigate encounters with "aliens".

It has also been suggested that the Oumuamua space miracle that flew past Earth in 2018 could be a piece of extraterrestrial space debris, not just an ordinary asteroid.

Due to the warming of the climate, Vanga, reportedly, said that glaciers in Russia will melt and a virus will appear that was dormant inside.

This would then spread and become a pandemic, killing millions.

What is true is that centuries-old glaciers are melting rapidly due to climate change.

And in August, 28 new viruses believed to be 15.000 years old that survived in glaciers were discovered.

The viruses, unlike those known to science, have been found in ice samples drilled from the Gulia ice cap on the Tibetan Plateau in western China.

The world, according to Baba Vangja, will suffer from lack of drinking water. Clean water will become a much sought after and expensive resource.
Scientists warned in August that we were facing an on-going crisis. Two billion people, or about a quarter of the human population, no longer have access to safe drinking water.

Also, Baba Vangja predicted famine in India, where temperatures will reportedly reach 50 degrees, causing locusts to invade crops. The country will also be hit by earthquakes and tsunamis, according to forecasts Baba Vangja which spoke of "intense floods" in Australia and parts of Asia.

Baba Vangja's later visions include a change in Earth orbit in 2023, astronauts traveling to Venus in 2028, Muslims ruling Europe in 2043, and the end of the universe in 5079. She predicted that in 2046 people will live more than 100 years thanks to organ transplant technology. By 2100, she believed that night would disappear and that artificial sunlight would illuminate another part of the Earth.