Voting for the sick, infirm, covid-19 and prisoners for local elections runs smoothly 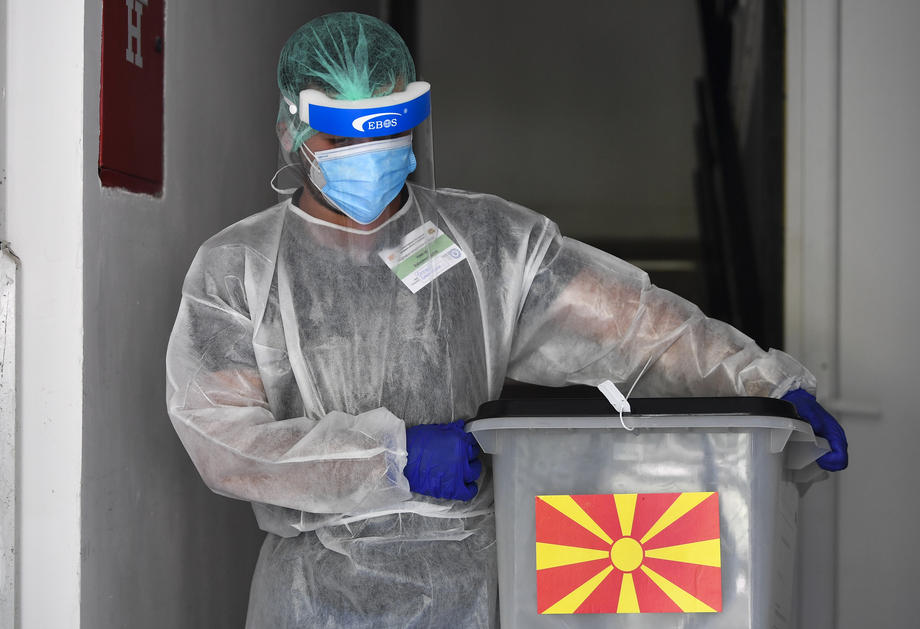 Voting in the Local Elections 2021 for the sick, infirm and people with covid-19 and in isolation, whose applications have been accepted by the municipal election commissions, prisoners, detainees, in nursing homes and internally displaced persons, which, as the President of the State Election Commission Aleksandar Dashtevski informed at today's press conference, flows without a problem.

- With the right to vote in these elections, 1 people are registered in the voter list. Today, before election day, a total of 824 voters can exercise their right to vote. At the polling stations in the 863 correctional facilities, 10 voters can vote. All polling stations in the penitentiary institutions are open this morning at 653 am and the voting there will last until 13 pm. So far, the voting is going smoothly, said the president of the SEC.

He added that during the day, six voters who are registered as internally displaced persons will be able to exercise their right to vote in the only Center for Internally Displaced Persons.

- In out-of-home care institutions, a total of 351 voters can exercise their right to vote. During the day, the election boards in the country will conduct the voting of persons who are sick and infirm or under house arrest. From the municipal election commissions that submitted notifications with appropriate documentation in their homes, the voting right will be exercised by 7 citizens who registered to vote, said Dashtevski.

He pointed out that 476 people who are in domestic quarantine or have been given a measure of self-isolation due to covid-19 will vote in their homes. This voting, he added, will be conducted by special election boards composed of medical staff and persons nominated by political parties.

- There is a strong interest in monitoring these elections by domestic and foreign organizations and media. The SEC issued accreditation for monitoring 1247 observers, of which 870 are domestic, 367 foreign and 10 foreign journalists, said Dashtevski.

Asked by CIVIL about the information that about 40 people are missing from the Voters' List in the penitentiary institutions and that the polling station in the Idrizovo Penitentiary was opened late, the SEC President replied that the Commission is the most competent body and that they have not received such information.

- I am telling you the official data that we as the SEC have, I think that the SEC is the most competent body, if there was such information I would tell you, I think that information is not correct, answered Dashtevski.

VIDEO | CIVIL report at 10 am: About 40 people are missing from the Voters' List in the penitentiary institutions

VIDEO | Bulgarian prosecutors with new details about the accident: Possible reasons why the fire ignited quickly