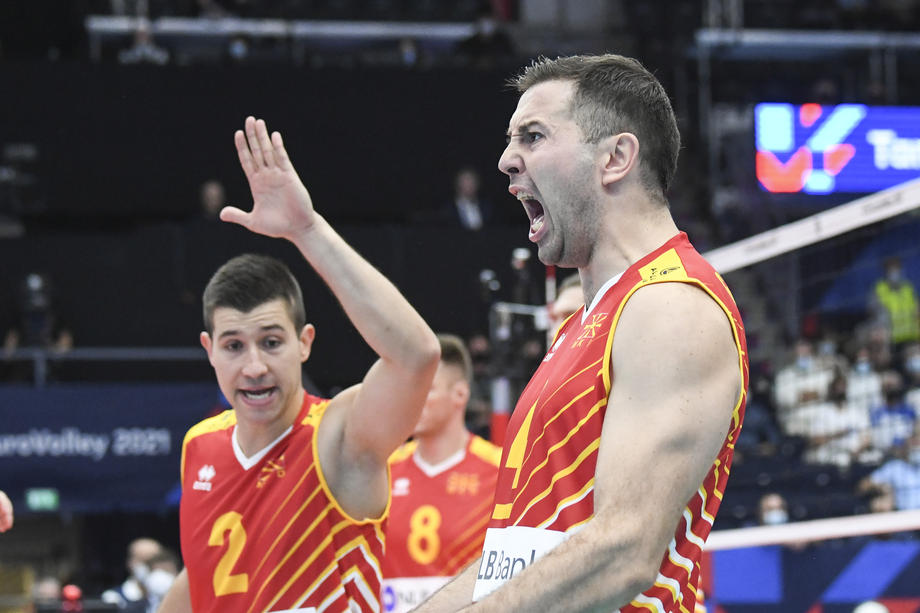 The Macedonian senior volleyball team led by coach Ratko Pavlicevic had a successful start in European Silver League with the triumph over Bosnia and Herzegovina (3: 0).

Our national team within the group "B" is already expecting a new performance in three days, the visit to Romania which also started with a victory against Albania (1: 3).

The most efficient in the victory against the Bosnians, Nikola Gjorgiev he says he is happy with the triumph over the Bosnians, but he says that we should not "fly in the clouds", but to be firm on the ground and go to the competition step by step.

- Honestly, this is one of my dearest victories in the Macedonian jersey. Before the match, it was as if I had the feeling that I was playing for the national team for the first time. We have three young players, and we seniors need to acclimatize a bit, to help, to be mentors, and on the other hand you want to win, you want to go to the Final Four, for the seventh time, and it was all mixed up in your head. I have to praise the selection, we showed the right picture, we served great, great with two or three blocks in defense. Congratulations to the younger ones who endured, it is not easy. We seniors lead this selection, we fight non-stop. I want to be constant at the Final Four tournaments, at the European Championships, thank you for playing phenomenally, thanks to the audience that gave us support. This is the first victory, there are five more matches, there is no take-off, we are calm on the ground, we are going step by step - said Gjorgiev after the match with BiH.

Our captain says that the Romanians have the favorite role on Saturday, but if we continue with the same pace, we can hope for a new good result.

- If we fail, nothing special. We are gathering experience, we are building the national team, I do not want to sound that we are already preparing for the European Championship 2023, to create some pressure, my only wish is to go from point to point, to progress and be at a constant level by which we will be recognizable . I want to have more competition in the team, you saw Kostic enter the game and stabilize the reception. So, this way we can change and not feel that change of generations drastically. The boys showed knowledge, courage, stubbornness, winning mentality. It is good that the third set against BiH was more uncertain, if we had won convincingly, it would have been unrealistic for me and we would have gone to Romania with an unrealistic picture. We are not so good at the moment to win so easily. "Every set won will be a plus for us, and if we lose to Romania, our goal will be to triumph over Albania at home," said Gjorgiev.