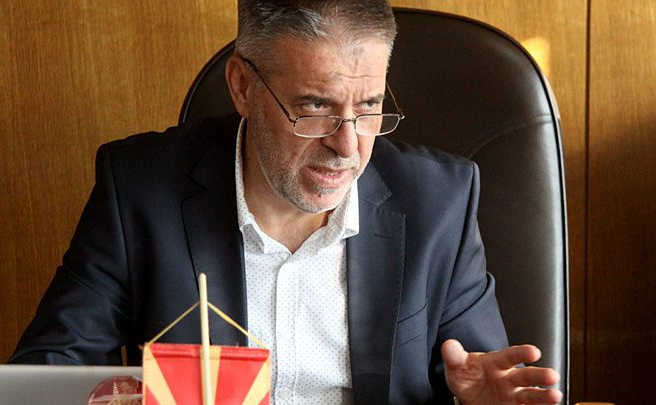 Historian Dragi Gjorgiev, chairman of the Macedonian team in the joint Macedonian-Bulgarian Commission for Historical and Educational Affairs, considers Prime Minister Zoran Zaev's statement to erase the Bulgarian adjective from fascist occupier of monuments and textbooks a message to Bulgaria that for historical reconciliation between the two peoples should be discussed. According to Gjorgiev, the real words are "forgiveness, but not forgetting".

When it comes to the so-called policies of remembering a nation for its past then for making decisions about that policy, a memory that usually comes down to what is written on the monuments and how the public perceives that past, seen through the eyes of politics, then many debates, conversations are needed, consensus is needed in the public to make a certain decision in which way a certain event or person from the past will be presented. I do not see this statement of our Prime Minister as a statement that will be implemented immediately and which will immediately go to the field from tomorrow to delete some adjectives from what has been established so far. Rather, I see that statement as an attempt, a message to the other side that in terms of historical reconciliation between the Macedonian and Bulgarian people should be discussed, all painful issues that exist between us and them should be discussed and that this is the solution to come until reconciliation, said Gjorgiev in an interview with Sitel TV.

As for whether there is a reaction or echo from the Bulgarian side, Gjorgiev pointed out that this is most of the problem because so far all the attempts made by the Commission and our policy in order to achieve a positive response from there, have come across a very hard wall.

- And that is why I would say such a statement, an attempt by the Prime Minister, in some way to encourage that conversation between the two sides met with a sharp reaction from our public, because on the other side we heard nothing but open denial of our history, our identity , in the Macedonian language. That is what the public reacted to, Gjorgiev said.

He says that there were no official talks on this issue between the members of the two commissions, but that sometimes during breaks it happened to encourage this issue. The main problem here, according to him, "is that in Bulgarian historiography and looking at the past of Macedonia, the prevailing opinion is that Macedonia is a historically Bulgarian country."

- It is also present in the textbooks in Bulgaria and we noted it and gave it as a remark that should be changed and changed in the textbooks in Bulgaria. Hence the view of the current Bulgarian historiography and policy that Bulgaria can not be an occupier of a country which according to their view of the past is historically a Bulgarian country. That is why they saw themselves either as liberators of this territory, Bulgarian according to them, or as administrators. That is why the word occupier for them is the painful word that they can not accept, said Gjorgiev.

Regarding the current status of the Commission, the historian said that it received a mandate from the Government in 2018 and that that mandate has not yet been withdrawn, but that from a formal legal point of view the Commission is on hold due to renewal of contracts that actually last four years.

- Otherwise, the mandate of the Commission has not been withdrawn from the Government and it has a government mandate, said Gjorgiev, who said that there is no information on the status of the relevant Commission in Bulgaria.

Voter identity will be verified with a fingerprint

1 citizens have the right to vote at the polling stations

Voting takes place from 7 am to 19 pm