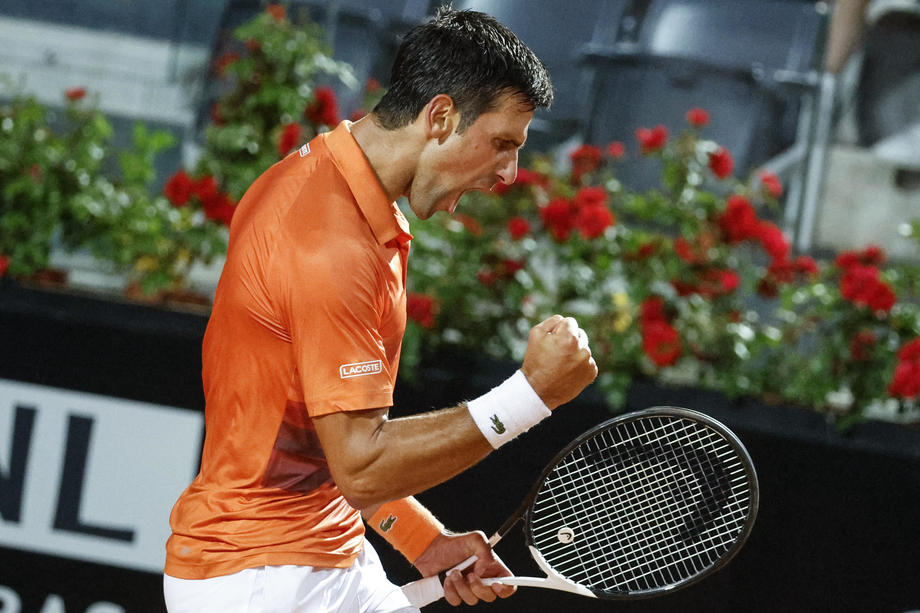 The best tennis player in the world Novak ковиokovi. won the Masters Tournament in Rome, after beating him in the final today The Greek Stefanos Tsitsipas with 2: 0 in sets (6: 0, 7: 6) for his sixth title in the Italian capital.

The Serbian ace won his first trophy in 2022 and thus in the best way made the overture for the next Grand Slam at Roland Garros in Paris, France from 22 May to 5 June.

Ковиokovi започна started the match well, with three consecutive breaks he practically "ran over" the Greek Tsitsipas and won the first set for exactly 30 minutes without losing a game.

In the second we saw much more fight, Tsitsipas with a braver game managed to "break the ice" and in the end to take away the service of the best tennis player in the world and at one point to lead with 5:2.

Ковиokovi се returned at a crucial moment, returned the break and took the match to a "tie-break", which was also quite interesting.

Tsitsipas fell first, losing the service in the fifth point, after which he returned the break, but then Nole routinely completed the task and won his fifth trophy in the Italian capital, using the first match ball. The match lasted one hour and 38 minutes.