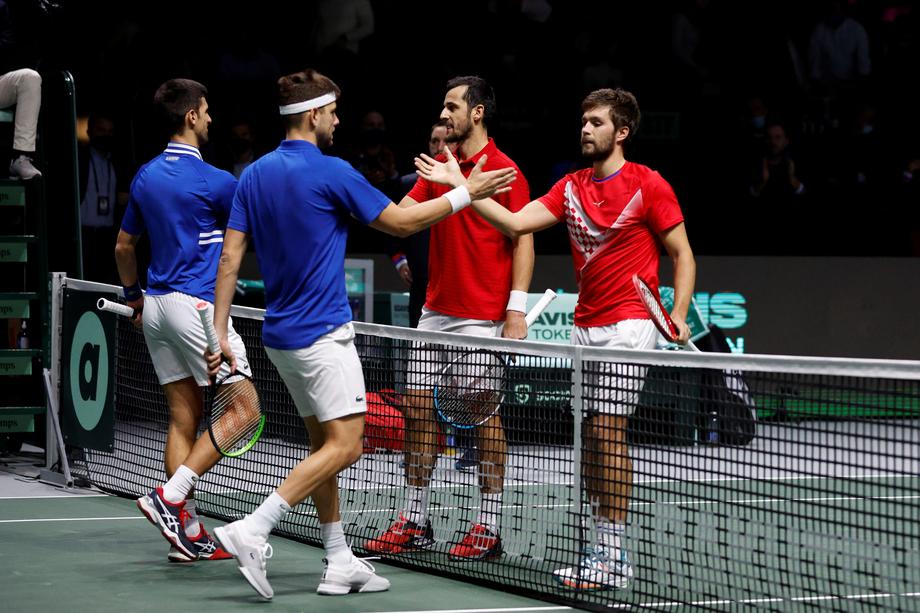 After their victories in the singles matches, Croatia and Serbia decided in pairs for the final victory in the semifinals of the Davis Cup.

And there the Croats celebrated for a 2: 1 victory thanks to Nikola Mektic and Mate Pavic who with 7: 5 and 6: 1 in one hour and 13 minutes of play in Madrid (Spain) were better than the first world racket Novak Djokovic and Filip Krajinovic.

Earlier in the individual competition, Borna Gojo brought a victory for a 1-0 lead of the "kockesti" against Dusan Lajovic with 4: 6, 6: 3 and 6: 2.

Afterwards, ковиokoviри took care of the equalizer against Marin ќiliќ (6: 4, 6: 2) again to restore the hopes of Serbia, which hoped for the same scenario as against Kazakhstan with a complete turnaround, but the Croatian tennis players did not allow that.

In the second semifinal, the national teams of Russia and Germany will compete.