Djokovic will be without the first place in the ATP race until the end of the year? 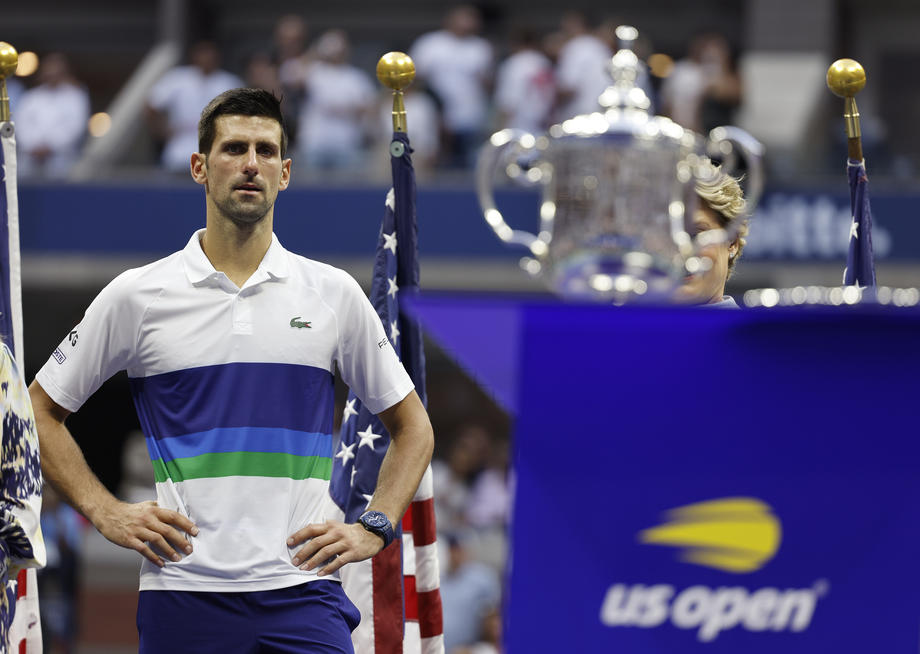 Novak ковиokovi. Is resting from the hard season, but at the same time he is preparing for the beginning of the next one. The world number one is on the list of participants for the Indian Wells tournament, but the question is whether he will appear in the United States.

It is clear that the Serbian tennis player will perform at the final Masters in Turin, where he will try to return the title to his windows. Until then, Nole could very easily be left without first place.

It is not the ATP list, but the ATP race, something that the officials in this organization decided to "push" and make equally important. Whoever will be first on the list of the ATP race, will be named the best tennis player of the year.

Maybe in the end for Djokovic badijala will be the three Grand Slam titles won this year, the final of the fourth Grand Slam in New York, the fight for the third place at the Tokyo Olympics, and on the other hand the Russian Danil Medvedev can easily ascend the throne, although a few weeks ago he won only the first Grand Slam trophy of his career.

Nice words from Federer to ковиokovi:: What Novak did is crazy

The Serb is still at the top of the list with 8370 points, while Medvedev is in second place with 6380. But if the Serbian ace does not appear in the remaining tournaments by the end of the year, and the Russian will almost certainly appear, it is Medvedev who would could end the year in a leadership position.

Behind them is Stefanos Tsitsipas from Greece in third place with 5470 who is also dangerously threatening.