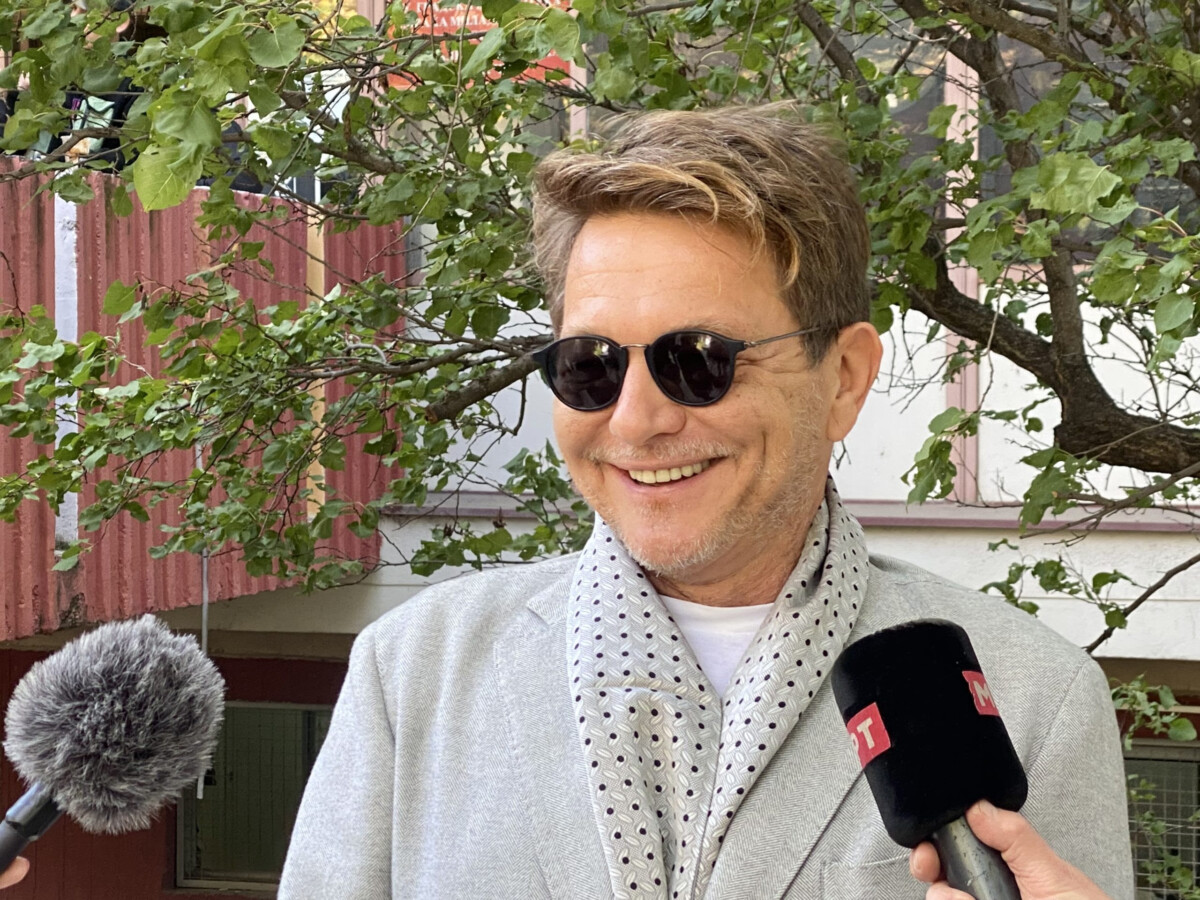 Serbian actor, director and producer Dragan Bjelogrlic yesterday he was declared an honorary professor at the International University Europa Prima - Skopje, and he was also presented with the EUROPA PRIMA 2022 award from the Festival of Southeast Europe - SEE FILM FESTIVAL Paris-Berlin Washington.

Within the framework of the first academic class of the International University Europa Prima - Skopje, the students had the honor to attend the presentation of the prize and the announcement of Bjelogrlic as an honorary professor in the Cinematheque.

"No matter how much this cruel life hurt me, disappointed me, the world of film art gave me the strength to never lose faith in love, people and in that cruel life that I live every day. That's why I'm grateful to be part of the film world and I'm grateful to have received the award that recognized my path, today and here in this city and country that I consider mine, where I don't feel like a guest and where people live I love and they love me," says Bjelogrlic.

He reminded that quite a long period has passed since the beginning of his career, i.e. 45 years spent in the wonderful world of movie magic.

"I am living those two lives in parallel that I was trying to combine into one and actually become one life," said Bjelogrlic.

At the invitation of the mayor Mitko Janchev, Bjelogrlic also visited Kavadarci.

"Mayor Mitko Janchev has been declared a person of Southeast Europe in the field of economy and Europeanization of the Balkans. Today, he was officially presented with this recognition, which he received for 2022 from the Film Festival of Southeast Europe.

The award comes from the international film festival in which 15 European countries are involved, and since last year it was held for the first time in Washington, USA, organized by several international universities.

The mayor is proud that with the award he is side by side with the most successful from the region – actors, cultural workers, prominent figures from the field of economy.

The winner of the Europa Prima award is the Serbian director Dragan Bjelogrlic, who graced us with his presence and was a guest in Kavadarci at the invitation of the mayor," says Janchev's Facebook post.

Dragan Bjelogrlic and the Belgrade Drama Theater performed "One Flew Over the Cuckoo's Nest" at the Macedonian National Theater yesterday and the day before, according to a text by Ken Kesey/Dale Wasserman.

The play is the grand return of Dragan Bjelogrlic to the stage of the Belgrade Drama Theater in the legendary black comedy satire about the individual in a repressive society, mental health institutions and the freedom of the spirit.

PHOTO | Happy and in love: Pete Davidson and Emily Ratajkowski at a basketball game

Trump: Kanye West is a troubled man who also happens to be black

Tayzi with an emotional post: A guy got a tattoo of my image, thinks my song saved him in a car accident