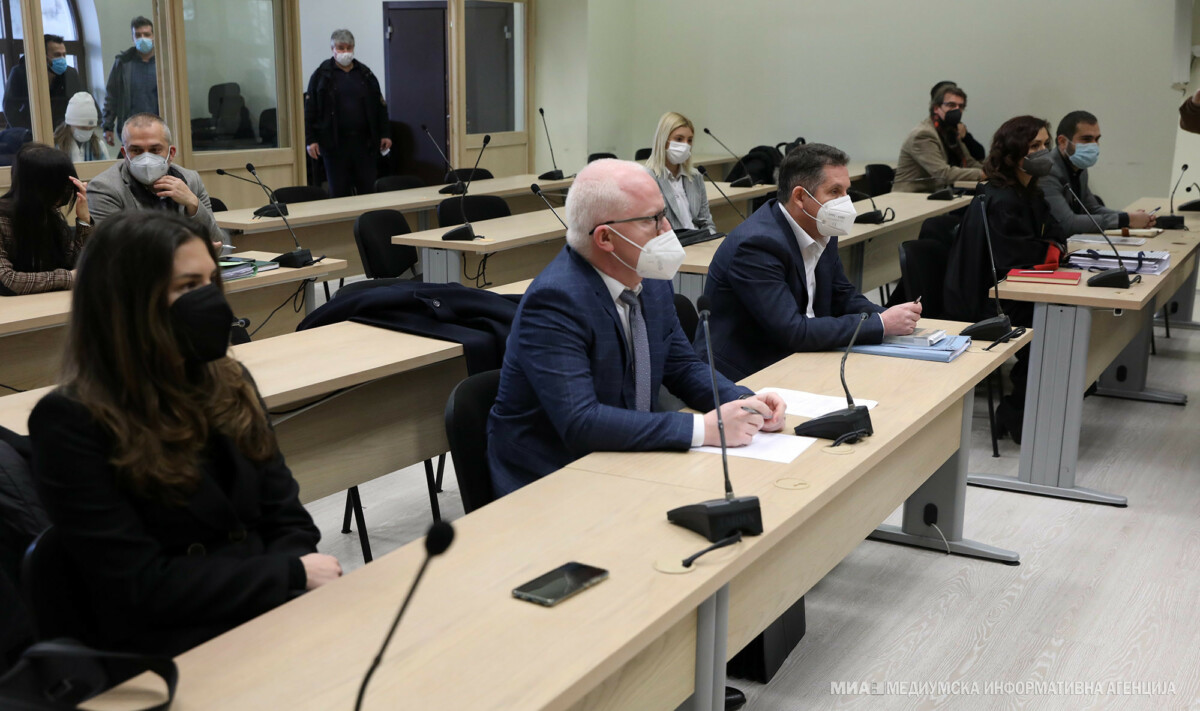 Rashkovski told the witness Trajkovski several times that he was lying, and he quoted articles from the Law on Personal Data Protection and claimed that according to them, biometric identification of employees in the field of labor law is allowed.

In the Basic Criminal Court in Skopje, the trial of the "Software" case continued today, in which the first accused is the former Secretary General of the Government, Dragi Rashkovski.

At today's hearing, Goran Trajkovski, former director of the Directorate for Personal Data Protection, and Muhamed Zeqiri, former secretary of the Government of the Republic of North Macedonia, testified.

The Directorate for the Protection of Personal Data (DZLP), according to the testimony of Trajkovski, as reported by "360degrees", sent an instruction to the General Secretariat of the Government, when Dragi Rashkovski was in office, to ensure that the Law on the Protection of Personal Data is not violated. data before purchasing the biometric identification software.

According to the witness, this software was supposed to be used for the identification of the employees of the General Secretariat, that is, during their arrival and departure from work, but this was contrary to the practice in the EU and the neighborhood "because there are the most rigorous provisions for the processing of biometric data. That is, as Trajkovski pointed out, biometric data of employees is processed in cases where public health is at stake, for example, for the entry of employees into laboratories where viruses are stored or in places where there are explosives.

On the other hand, Rashkovski told him several times that he was lying, and quoted articles from the Law on Personal Data Protection and claimed that according to them, biometric identification of employees in the field of labor law is allowed.

"It is about a witness who, even after the period of time when he was a director, has no functional connection with procurement, because he was not a director then, the second fact is that the answers he gave were not even supported by legal provisions. Giving personal views would turn this trial into a debate show from which judicial decisions should not and must not arise. This is done so that titles can appear in portals. In the process, it is not stated anywhere why this software will be used, now we see a presumption that it will be used to record working hours, and prosecutor Ruskovska said in her opening words that it will be used for passports and ID cards", said Rashkovski.

Muhammed Zeqiri, the former Secretary General of the Government, said today in a courtroom from the position of a witness that when he was handed over to the position, he was not familiar with the two software - for traffic violations and for biometric identification, for which there is a court process in which exactly Rashkovski is the first defendant.

He said that the two software for which Rashkovski is being prosecuted were not discussed even at the Government sessions, which he attended. When asked by prosecutor Ivana Trajcheva whether the General Secretariat has the authority to determine the speed of movement of vehicles and impose fines, Zeqiri said that, as far as he knows, the Government does not do that.

He also said that according to the answers given to him by the services while he was in office, the Government did not have a decision to procure this kind of software, which was followed by a question from the prosecutor about the procedure for making a procurement for another institution, alluding to the needs of the Ministry of Internal Affairs , as Raskovski claimed when the case was disclosed.

He also answered negatively to the questions about whether he found documentation that working groups were formed for the implementation of the software and whether it was put into operation.

As for the biometric identification software, Zeqiri pointed out that it was not put into operation while he was the general secretary and confirmed that the cabins that were procured for this software were not in the Government.

"A census committee was formed, it determined where they are and they showed me a picture. It was established that they are in the premises of Staklara. I asked why they are not in the Government and they told me that due to the volume, there was no such room to accommodate them there", said Zeqiri, who clarified that a census commission was formed to determine the actual situation.

And if the software was found at all, he replied that he did not remember, but that it was based on the written answer given by the Government at the request of the prosecutor's office.

Rashkovski, on the other hand, with his questions addressed to his successor in office, tried to prove that there was nothing against the law in the procurement of the two software. So he asked Zeqiri if it was true that as the General Secretariat they had the right to independently make decisions about the needs for the realization of public procurements and if it was true that they did not need a decision from the Government, to which Zeqiri answered in the affirmative.

With the questions, Rashkovski tried to discredit the other answers that Zeqiri gave to the prosecutor, so he asked if there was a written record that a check was made that the biometric identification software was not there, if he requested access to the Government's software to see if is the application for the software for traffic violations installed, has he conducted a survey among employees that no employee training has been conducted for the implementation of biometric identification, etc.

Asked if it was true that as the General Secretariat they had the right to independently make decisions regarding the needs for the realization of public procurement and if it was true that they did not need a decision from the Government, Zeqiri, as reported by "360", answered in the affirmative.

A girl attacked her mother at the airport, cutting her with a knife

A group fight at noon in a cafe in Taftalidze, a young man from Skopje was wounded with a knife

A man from Skopje falsely presented himself as a police officer

Attempted murder in the Struga village of Veleshta

Spasovski appeals not to use a mobile phone while driving, as many as 60 percent of drivers in the country use mobile phones in traffic