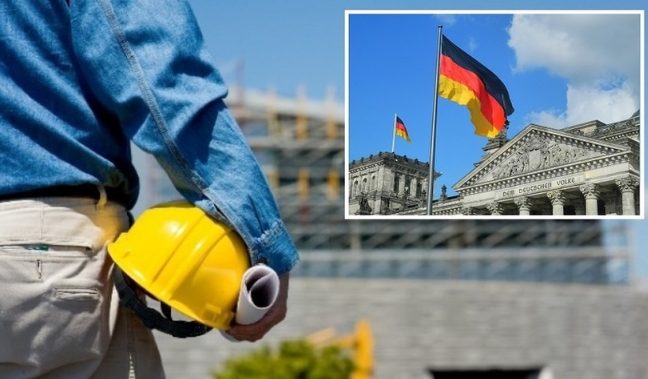 The German labor market, which faces a severe shortage of skilled labor in all economic sectors, needs more than half a million people, and employers' associations are calling for increased immigration of workers, reports The Institute of German Economics (IW) from Cologne.

In Germany, from July of last year to July of this year, the labor market lacked more than half a million qualified workers, according to the Institute's study, reports Deutsche Welle.

They are registered in total 537 923 unfilled jobs, and the most problems with hiring professional labor in the past 12 months were in the social work sector.

In the field of social work, 20 jobs are unfilled – a new record, according to (IW).

"We are talking about a professional workforce that is lacking in social work in schools, work with young people, children and in homes for the elderly or in counseling addicts - in other words, in all those areas where human support is needed to solve social problems "say the authors of the study, Helen Hickman and Felix Koneberg.

An approximate shortage of qualified workers is also observed in the education sector, where 20 jobs are unfilled.

"In this sector, it is a record value. In homes for the elderly, there is a shortage of 8.279 caregivers, 16 electricians are needed, and in the health sector, i.e. patient care, another 974 workers are needed," the study states.

It is increasingly difficult to find skilled labor and companies dealing with heating systems or air conditioning maintenance do not have any 14 013 workers. German companies are also looking for 13 638 computer scientists, 12 060 physiotherapists, 11 771 motor vehicle maintenance technician, as well as 10 562 professional drivers.

The Cologne Institute predicts a further worsening of the driver shortage in the labor market given that drivers are above average old and given that there is a shortage of younger people.

The president of the association of employers from the metal processing industry, Stefan Wolff, is in favor of passing a new immigration law because of the shortage of skilled labor.

"We need an immigration law like Canada has." "Immigrants must be guaranteed a long-term right to reside in Germany," concluded Wolff.

Otherwise, many citizens of the countries of Western Balkans including Macedonia, who have low wages, as well as the unemployed, ce decisionuvaat to go to Western European countries, first of all, to Germany, and many more are planning to leave, which, on the other hand, has already started to cause concern in their home countries, both due to depopulation and the lack of labor force.

After Germany announced that this period will opens up the labor market for skilled labor from non-EU countries, agencies in the country continue to offer job search mediation in Germany.

- What is currently in demand in Germany from the workforce are electrical, metal and mechatronics engineers, cooks, nurses, caregivers, IT specialists, i.e. programmers. The German government is trying, apart from the countries of the Balkans, to attract experts from Mexico, the Philippines, Brazil, India and Vietnam - say a Skopje agency, which offers mediation services in employment abroad - they say about Free Press from one agency in Skopje, which offers intermediary services in employment abroad.

#Germany #lack of workers
Share
Video of the day