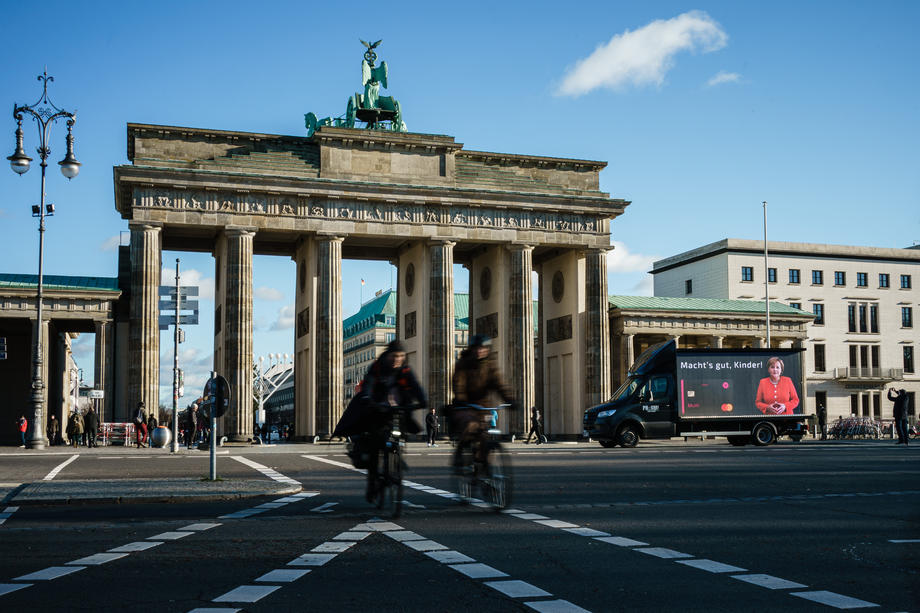 "We should also consider new areas of co-operation, which could help both sides get out of the conflict position," the minister said in an interview with Der Spiegel today.

Commenting on the possibility of excluding Russia from the international payment system Swift, a member of the Green Party said that the "general enumeration of sanctions" did not make sense.

That is the ultimate economic sanction, he said, stressing that his goal is to reduce tensions.

Leading Russian and US diplomats are due to meet in Switzerland today to discuss renewed tensions over Ukraine after previous meetings failed to make progress.

German Foreign Minister Annalen Bayerbock called on Russia to end its policy of escalating tensions yesterday. Bayerbok warned that in case of aggressive moves, Russia would face a series of sanctions.

"Germany is ready to defend its core values ​​in the current stalemate, even if it has to pay a high economic price," Bayerbock said in Moscow.