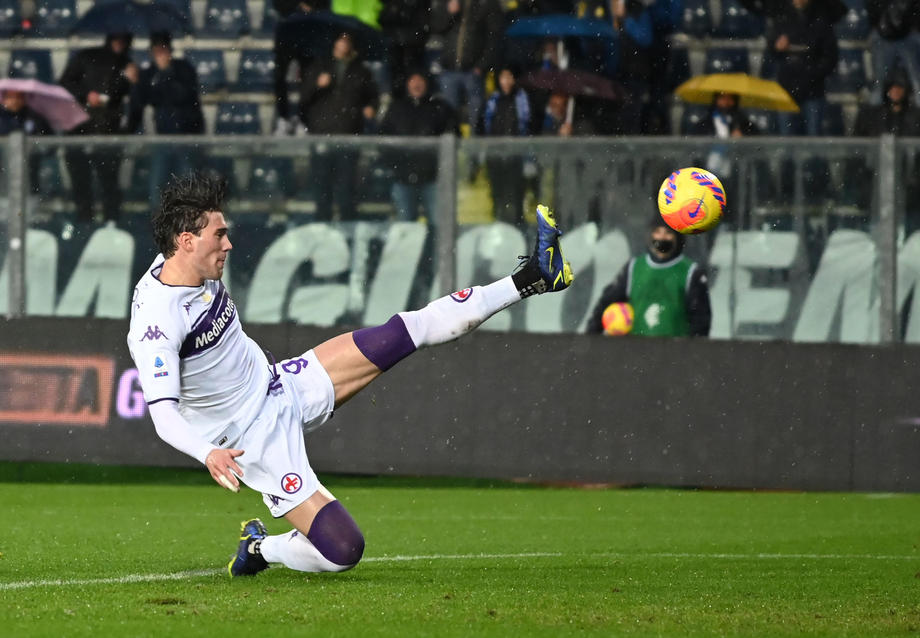 Vlahovic is currently the top scorer in Serie A / photo: EPA-EFE / Claudio Giovannini

Fiorentina owner Rocco Comiso told all teams interested in Dusan Vlahovic that they must first contact the club.

With each round in Serie A, the Serbian national team player raises the price on the transfer market where there is great interest in his services. The hottest for Vlahovic at the moment are Juventus, Tottenham and Arsenal, but the number of interested teams to be even higher at the start of the winter transfer window.

So far, only Tottenham and Arsenal have submitted official offers for Vlahovic, which were rejected by Fiorentina, and now Comiso has told all teams to contact them first, and not the player's managers.

- I do not know if Juventus will be able to hire Vlahovic in January. I just want to tell everyone, but also Arsenal - Vlahovic is owned by Fiorentina. That is why they should negotiate with us first, not with his agents - said Comiso.

Duшаan Vlahovi со with 12 goals scored is the top scorer in Serie A.

Kostadinov: Italy is the favorite, but I believe in miracles!