Gashi drew the red lines: Alternative did not care about the armchairs, but the concepts !? 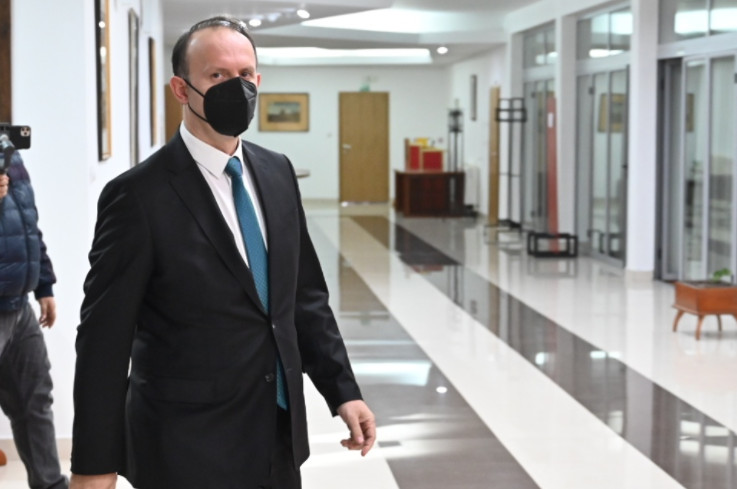 The intention of Alternative is for its party program to become part of the government, but also to realize it through its own officials - ministers, deputies, directors…

Acceptance of the key program commitments as well as transfer of ministerial, deputy ministerial and director positions not only from SDSM, but also from DUI - these are the red lines of Alternative, from which the leader Afrim Gashi will not give up in the negotiations with the Prime Minister and SDSM leader Zoran Zaev for the entry of that party in the Government and for the increase of the ruling majority, a senior official of Alternative told "Free Press".

Gashi at the meeting with Zaev expects feedback from whether the government partner Ali Ahmeti is ready, as well as SDSM, to give part of "its" departments.

Gashi's party typifies health, labor and social affairs, agriculture, education and culture. Alternative wants the director positions in the Tetovo hospital and in "September 8", but also in the center for social affairs in Lipkovo. According to our interlocutor, in order to have a balance, so that there are no blockades and in order for the Government to produce stability, it is necessary for DUI to give up. The intention of Alternative is for their program to become part of the government and to be realized through their own officials.

Zaev has already stated that he wants Alternative to become part of the government because of the stability of the ruling majority. SDSM refrains and, as they say, in order not to disrupt the negotiating positions, they do not reveal whether Zaev and Ahmeti have already discussed positions for Alternative. For now, there is no official position from DUI whether it will cede some of the departments for Alternative to enter the Government. First Deputy Prime Minister Artan Grubi said at the weekend that all MPs who want a Euro-Atlantic future of the country are welcome, but did not answer whether DUI will resign.

A senior official from Ahmeti's party says that it should be assessed whether there should be a dismissal of some of the DUI officials.

- The European integration path and a stable ruling majority are important. When the intention is good, there is always a solution - says the DUI official.

Does this mean that DUI is ready to make concessions, it is expected to be clearer after the meeting between Zaev and Ahmeti which is unofficially scheduled for today.

Alternative reiterates that for her priorities are no deviation from the European integration process, retrials for several politically mounted cases, development of the Lipkovo region, money and assistance for a third child…

Both SDSM and Alternativa expect this week to have one or two more meetings between Zaev and Gashi before the final decision whether Alternative will become part of the government.