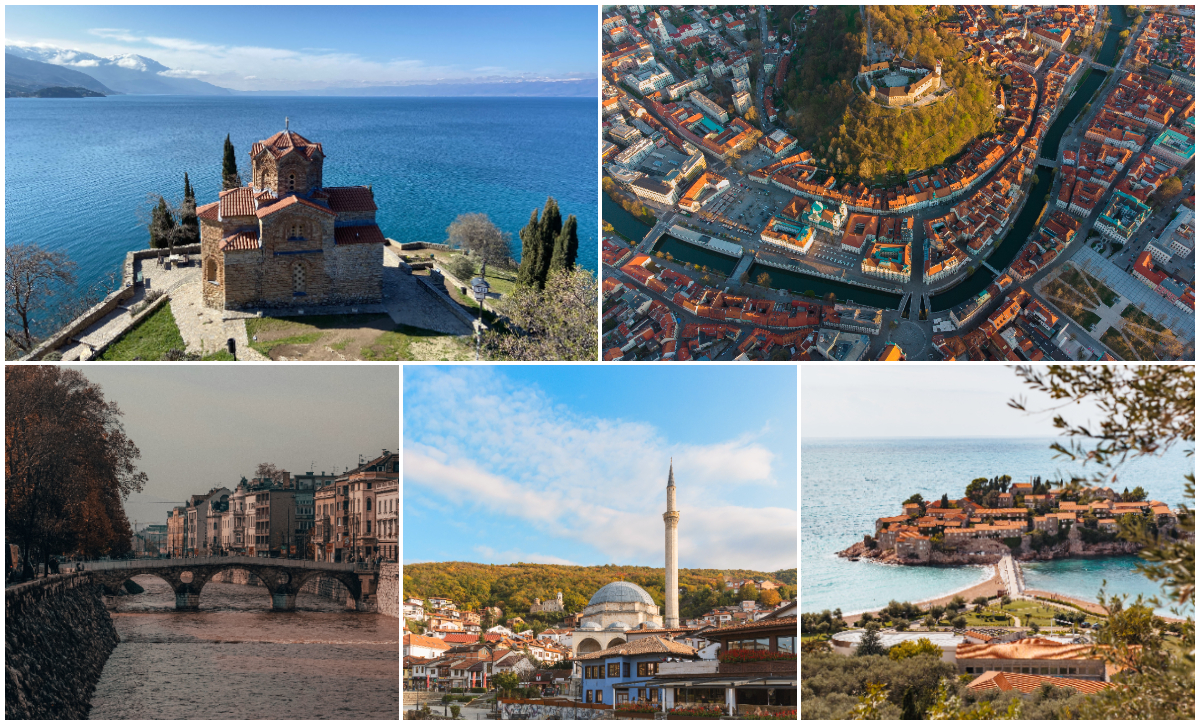 The Guardian: Five Balkan countries you should visit / Photo: Pexels/Unsplash

The British newspaper "The Guardian” published an article about travel, actualizing our region, which he also called the "Wild East". Five countries and their tourism potentials were presented, including our country.

"Finished with Spain, Italy and Greece?" These countries offer spectacular landscapes, unspoilt bathing spots, ancient cities – and affordable prices," is how "The Guardian" began the article about tourist destinations in the Balkans.

With the Adriatic Sea in the south and the mountain ranges in the north, Montenegro is a good place to combine a beach holiday with a more active holiday. The beach is centered on the medieval town of Budva, which has a 35 km long sandy and rocky coast. Lake Skadar, the largest in southern Europe, is about an hour's drive away and is perfect for boating and enjoying the natural beauty.

You should not miss the Bokokotor Bay, which looks like a fjord and is surrounded by mountains. This place is also protected by UNESCO. Around its coast there are several medieval towns, numerous churches and monasteries. Tourists can visit the baroque city of Perast, as well as the island of Our Lady of Skrpjela. In the city of Kotor, 1.355 steps lead to the fortress of St. Ivan, with a spectacular view. In the north, sights include the mountain mausoleum of the 19th-century ruler Petar II Petrović Njegoš, then Cetinje, the former capital, and the monastery Ostrog, which is built into the rock.

"There is also the Durmitor National Park with its forests, lakes and mountains, which is the ultimate outdoor adventure destination in Montenegro. Žabljak, the highest town in the Balkans (1.456 meters), is also a good base. Visitors can zip line over 1,3km of the deep Tara Canyon, raft the Tara River and swim in the Black Lake," the Guardian wrote.

Kosovo declared independence from Serbia in 2008 and remains a largely undiscovered tourist destination, perhaps still associated with the year-long war in 1998. But today it is a safe place to travel, with few crowds and low prices. Although landlocked, Kosovo consists of two large plains surrounded by mountains with 50 peaks higher than 2.000 meters. This means great hiking, horseback riding and skiing. Considering that there is no sea, swimming in natural pools is popular – Mirusha's waterfalls have canyons, caves and 13 lakes.

There is a lively nightlife in the capital, Pristina, and in the second city, Prizren. This is partly due to the fact that this Balkan country has the youngest population in Europe – more than 65 percent of people are under 30 years old. These two cities also have many mosques, museums and monuments.

The main sights include four monasteries and churches under UNESCO protection – Decani, Pec, Gračanica and Ljevish, then the bear sanctuary, which is home to European brown bears rescued from captivity by the humanitarian organization Chetiri Shepi, and the Marble Cave or Gadime, full of crystallized stalagmites and stalactites.

Slovenia has a charming capital – mountains, lakes and forests, top wines. Ljubljana, a compact capital city, is built around the Ljubljana River, with Baroque and Habsburg buildings on both banks. You can enjoy a glass of wine on a riverside terrace, and the city also has a hilltop castle, art galleries, theaters and museums (with Europe's only complete mammoth skeleton at the Natural History Museum), iconic 20th-century architecture and forested Tivoli Park.

In the northwestern part of the country, the main sights are the spectacular Lake Bled and Lake Bohinj. On the other side of the mountains, the less visited Soča Valley offers hiking, rafting and kayaking in the summer, and skiing and snowboarding in the winter. Moving south, the Postojna and Shkočjan caves and the Predjam castle, built in the entrance of the cave, are must-sees. Piran is a postcard town on the coast, with Italianate architecture reflecting centuries of Venetian rule.

Eastern Slovenia is wine country – the lively town of Maribor boasts the oldest vines in the world – and is a good choice for a farm stay. Ptuj, the oldest town in Slovenia, is a nice place for a day trip.

Another country linked to the wars of the 1990s, Bosnia and Herzegovina, is back on the 'backpacking trail'. The capital city of Sarajevo has been compared to Istanbul or Jerusalem because of its old town, Baščaršija, full of bazaars, mosques and restaurants. But recent history should not be forgotten, so you can visit the History Museum and the Rescue Tunnel Museum, which tell the story of the four-year siege that killed 10.000 people in the 1990s.

Mostar, in the south, is the country's second biggest attraction, a city famous for its beautiful Old Bridge – visitors can pay to jump off it if they dare. Less touristy (and longer) is the Arslanagića bridge in the beautiful town of Trebinje in the extreme southwest. Other famous towns are Travnik, the former Ottoman capital, and Jajce with its spectacular waterfall.

Rafting is popular from March to October, and one of the best regions for rafting is around the town of Bihac, on the fast Una River. Other options include multi-day hikes in Sutjeska National Park, overnight stays in mountain huts, and a 10-day mountain bike trail from Mostar to Sarajevo. Drivers stay in boarding houses and private accommodations and eat local food. In winter, skiing is available in Bjelašnica and Jahorina, south of Sarajevo.

North Macedonia is a mountainous but green Balkan country. Although it may be landlocked, it is blessed with lakes, the most famous of which is Lake Ohrid. It is one of the oldest and deepest in Europe, but there are also Prespa, Dojran and more than 50 smaller lakes.

Lake Ohrid, which is protected by UNESCO, is the biggest attraction, surrounded by ancient monasteries, beach bars and fish restaurants. Activities include lakeside cooking classes, e-bike rides, boat trips and paragliding. The town of the same name is full of churches and monuments, and along the lake there are picturesque fishing villages.

Skopje, the capital, is less attractive but has a Byzantine fortress plus modern additions such as the Museum of Contemporary Art. Mavrovo National Park, on another lake and home to bears, wolves, and lynxes, offers hiking, biking, horseback riding, and swimming in summer, and skiing in winter. There is also the picturesque monastery of St. Jovan Bigorski from the 11th century. Other national parks are Galichica, located between Lake Ohrid and Lake Prespa, and Pelister, a mountain with two lakes.