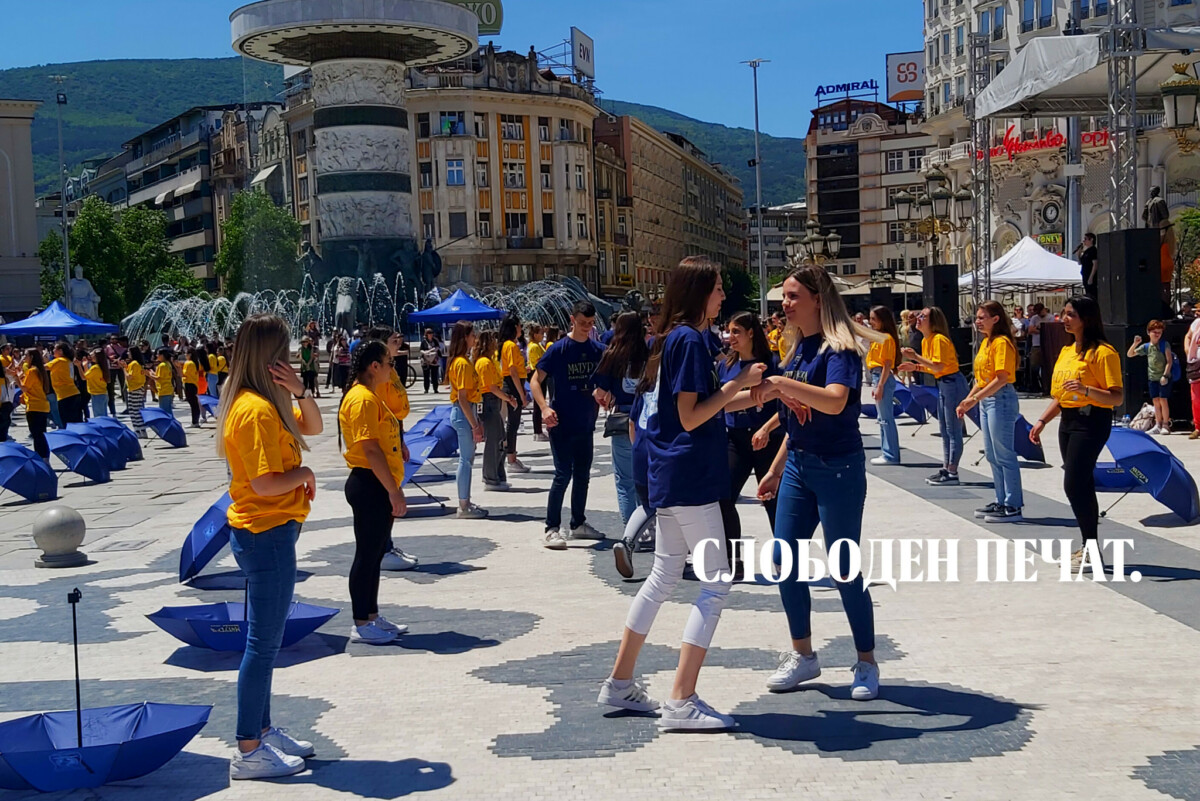 After a two-year break due to the pandemic, today, exactly at noon on the Skopje square "Macedonia" was held the Prom Parade. Besides the traditional prom quadrille, was played and salsa.

Graduates from different schools met for the first time at the parade, and in order to be in sync with the dance, they practiced dancing for almost two months in all schools separately. This year, about 400 graduates participated in the prom parade.

Elena Najdova and Zoran Savevski are graduates from the high school "Marija Kiri-Sklodovska", they studied in different classes, and they say that the preparations were not difficult and hard at all.

- We are very happy to be part of the prom parade. We immediately decided to join the dance classes, we only needed a few hours to learn to dance, Elena and Zoran, whose education will not stop graduating, told "Free Press". They are both actively preparing for the prom exam which will open the doors for them to enter higher education.

The organizer of the "Prom Parade" is the Directorate of Culture and Arts of Skopje, in cooperation with the Dance Sports Club "Rhythm Plus". The patron is the City of Skopje.

VIDEO: Vardar "on the gills" in Gostivar, fishermen demand responsibility