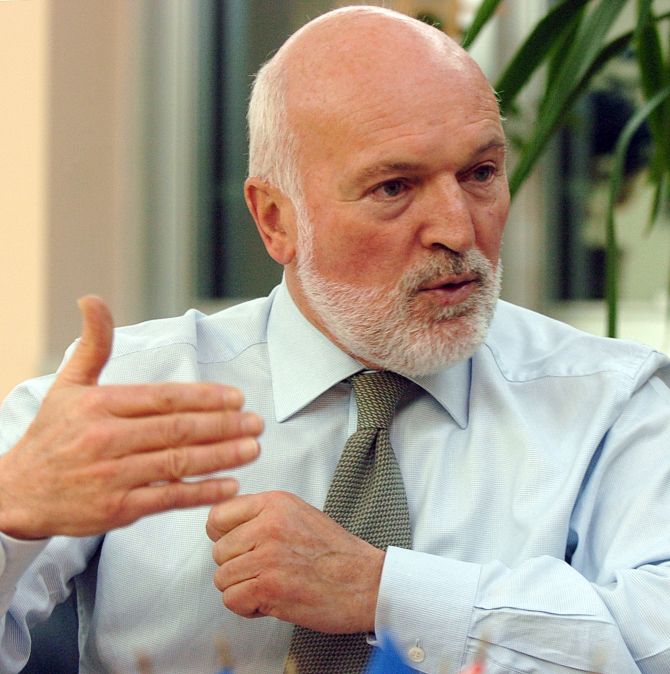 The Ohrid agreement withstood the challenge of time, but its spirit must be preserved even more, assesses the former European ambassador in Skopje. Erwan Fouere. In an interview with Alsat he says that policies should be implemented in the interest of the whole society, not just a certain ethnic group. On this occasion, he mentioned employment in the administration and integrated multicultural education. Regarding Macedonia's agreements, Fuere says he is surprised that Skopje and the EU did not provide reciprocity in the case of Bulgaria.

"I think it is an important reminder that the Ohrid Agreement brought peace and an end to the armed conflict in Macedonia and still created a framework for stability, democratic institutions and decentralization of power at a time when the country already wanted to show its European credentials and desire to be part of from the European integration process. The Ohrid Framework Agreement also set an example for the region, which at that time was still under the threat of inter-ethnic conflicts and inter-state tensions. 20 years later, I would say that the agreement has definitely stood the test of time despite the many obstacles thrown in its way, especially during the Gruevski-led government, with its highly centralized approach to power and lack of political dialogue. But at the same time, there is still much work to be done to ensure that the spirit of the agreement is fully respected – says Ambassador Fouere.

Commenting on the good-neighbor agreement with Bulgaria, the diplomat points out that the Macedonian citizens needed hard "pills" to swallow, and according to him, this still proves the determination of the citizens and the state to pursue and achieve the main political goals.

– I must say that I am a little surprised, for example, by the government's obligation to make constitutional changes to recognize the existence of the Bulgarian community in the country. I am surprised that there is no resistance from the government to ensure reciprocity on this issue because we all know that Bulgaria continues to refuse to recognize and implement the decisions of the European Court of Human Rights regarding the recognition of the Macedonian community in Bulgaria. Therefore, this will remain a divisive issue in Macedonian society and that is understandable. Also the issue that now some parts of the Good Neighbor Agreement are part of the negotiating framework and I think that really creates a new unprecedented situation in the enlargement process. Precisely because of the lack of reciprocity for the recognition of the communities in Macedonia and Bulgaria, I think it is shameful that the EU allowed this to happen because what is the purpose of this court if its decisions are not respected - concludes Fuere.