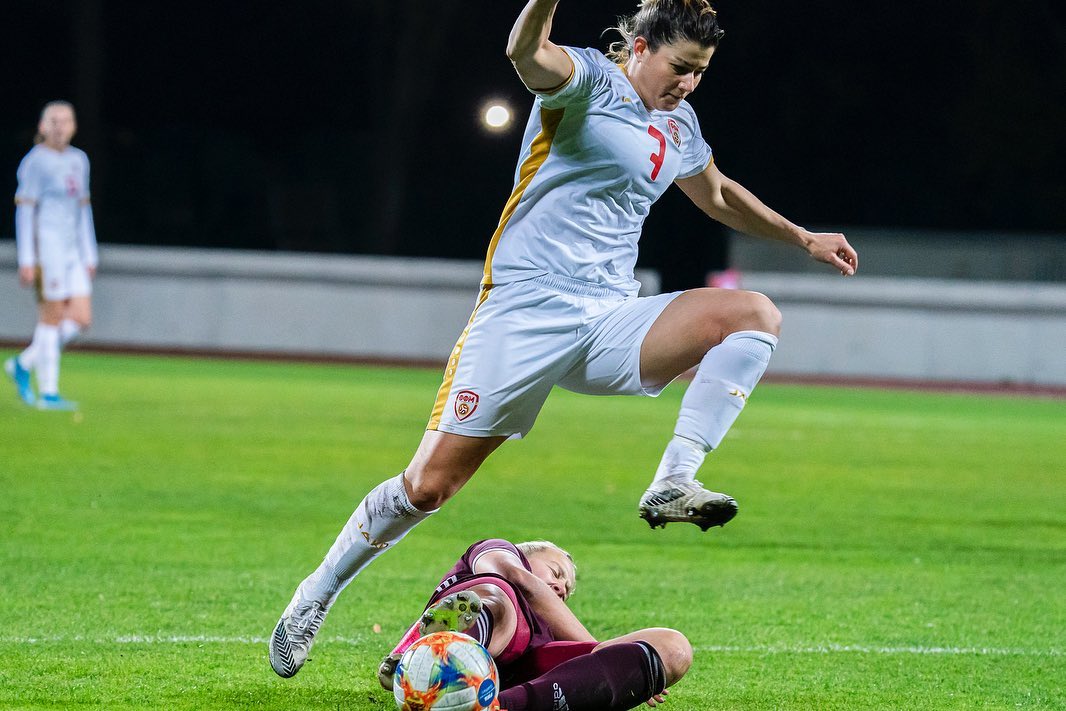 The football players after the triumph in Latvia five days ago, today are defeated by Luxembourg / photo: FFM

The women's national football team of Macedonia was defeated in the qualifications for the World Cup 2023 by the selection of Luxembourg with 2: 3.

In the match that was played in Ohrid at the stadium "Biljanini Izvori", the result was opened by the guest players with the goal of Marquez Abreu in the eighth minute. Macedonia managed to equalize in the 21st minute through Rochi.

Macedonia in the second half was left without Natasha Andonova, who was replaced, and that was used by the guests who scored two goals through Till to secure the victory. Macedonia in the finish only managed to reduce the result through Nikolovska.
After four rounds in the World Cup qualifiers, Macedonia has a score of one win and three defeats, just like Luxembourg and is in the penultimate fifth place in the table.