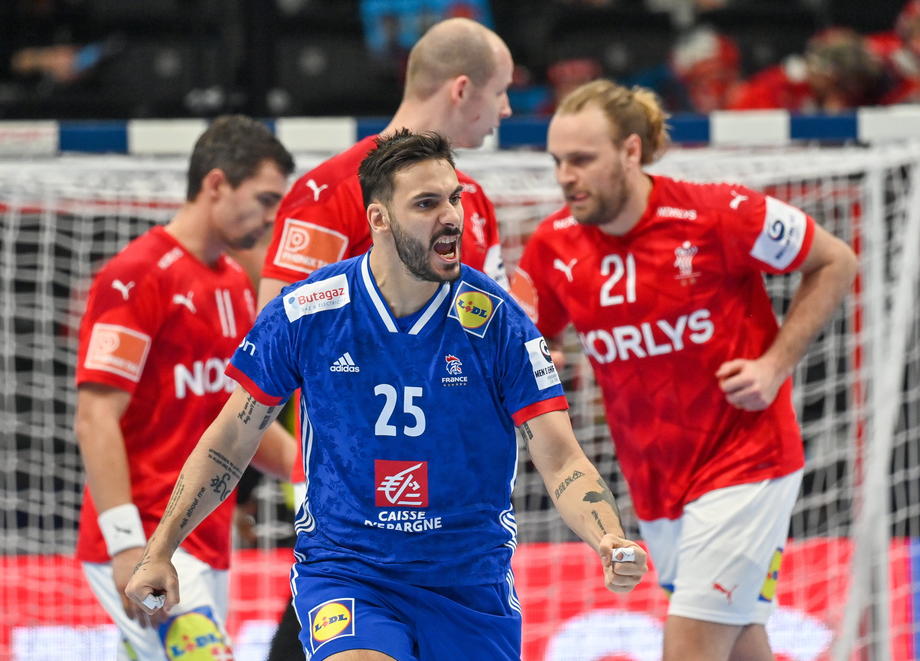 Tonight we found out the last passenger in the semifinals of European Championship, it is the representation of France which in the last match of the main stage triumphed over Denmark with 30:29.

The Icelanders previously completed the task with a victory over Montenegro, and waited for a "service" from Denmark to celebrate against the French in order to secure a place in the next phase. Such a thing was announced to her because the Danes have constantly controlled the advantage since the beginning of today's match in Budapest, mainly maintaining a positive of "plus five".

Everyone thought the players of selector Nikolai Jakobsen they will record the seventh victory in a row at the European Championship, but that did not happen in the end. The French made a complete winning turn of 27: 22 in the negative of 8:2 in the finish, which in the end brought great joy to the French fans, and great sadness to the Icelandic fans. They had eight goals in the winning ranks Deskat and Mem, and the Danish team was dominated by Kirkeloke with 10 goals, one less Hill.

The semifinal matches of the continental gathering are scheduled for Friday (January 28), France will play Sweden at 18.00:20.30, and Spain against Denmark at XNUMX:XNUMX.

The qualifying matches will be played in the Hungarian capital on January 30, ie the battle for the bronze medal will start at 15.30:18.00, and the match for the European title will start at XNUMX:XNUMX.