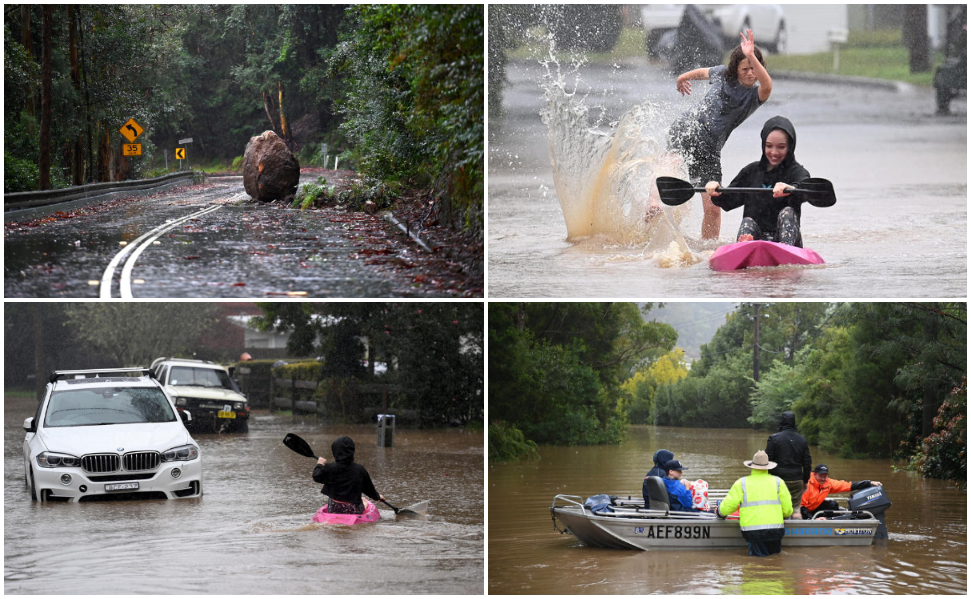 Australian authorities have declared a state of emergency due to severe weather and flooding in the southeastern state of New South Wales / July 5, 2022 / Photo: EPA-EFE/JEREMY PIPER

Australian authorities have declared a state of emergency due to severe weather and flooding in the southeastern state of New South Wales.

The decision made last night should facilitate the way to activate the funds for aid in the event of natural disasters as soon as possible and for the aid to reach the affected areas.

By the way, the heavy rains have affected most of the most numerous city on the continent since Friday. In certain parts of Sydney, as well as elsewhere, in four days it has rained as much as London's average for the whole year.

The evacuation of around 50 residents has been underway since early this morning, while hundreds of people sought medical help during the night. The telephone lines of the Emergency Services were overwhelmed by the numerous calls for help from the disaster that left 20 residential buildings without electricity, while entire residential areas are several meters under water.

Some of the areas affected by the storm have not yet repaired the damage caused by the floods of February and March this year.

The Climate Change Council believes that climate change is a contributing factor to the intense rainfall and extremely high temperatures observed in Australia in recent years.

In mid-January large parts of Australia were affected by a heat wave with temperatures of over 50 degrees Celsius measured in the western parts of the country.