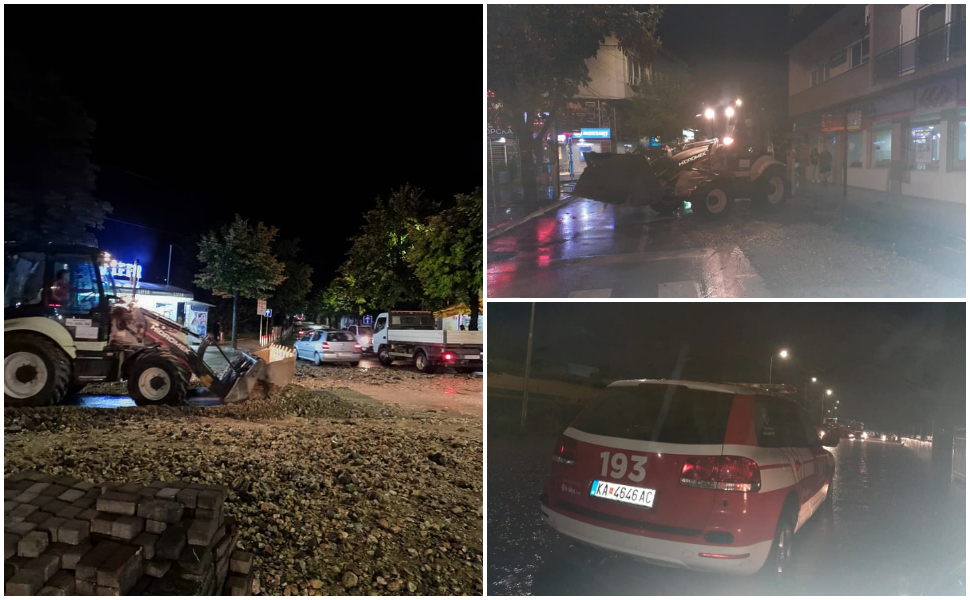 A strong storm with heavy rains hit Kavadarci tonight, and basements of houses and several streets were flooded from the storm, reports from the Crisis Management Center (CMC).

"Tonight, the area of ​​Kavadarci was affected by a storm followed by heavy rainfall. Ten basements of houses were flooded by the storm, as well as the central part of the main street. September 7, on which at the moment three teams with machinery are working on clearing, and for pumping water from the flooded basements, teams from the fire department from Kavadarci with 2 pumps and a team from Komunalec from Kavadarci with two pumps are on the ground," CMC reported.

The mayor of Kavadarci Mitko Jancev published photos and recordings of the flooded streets in the city and called on all citizens who have a problem from the storm to report to the phone number 13 300.

Also, Janchev reported that intensive work is being done on washing and cleaning all the gutters on the streets throughout the city, stressing that the services from JP Komunalec and TPPE Kavadarci are on the ground.

In the aula of Praven, Tupanceski as a professor on the case of his colleague Rashkovski: Only a final verdict is a criterion for conviction