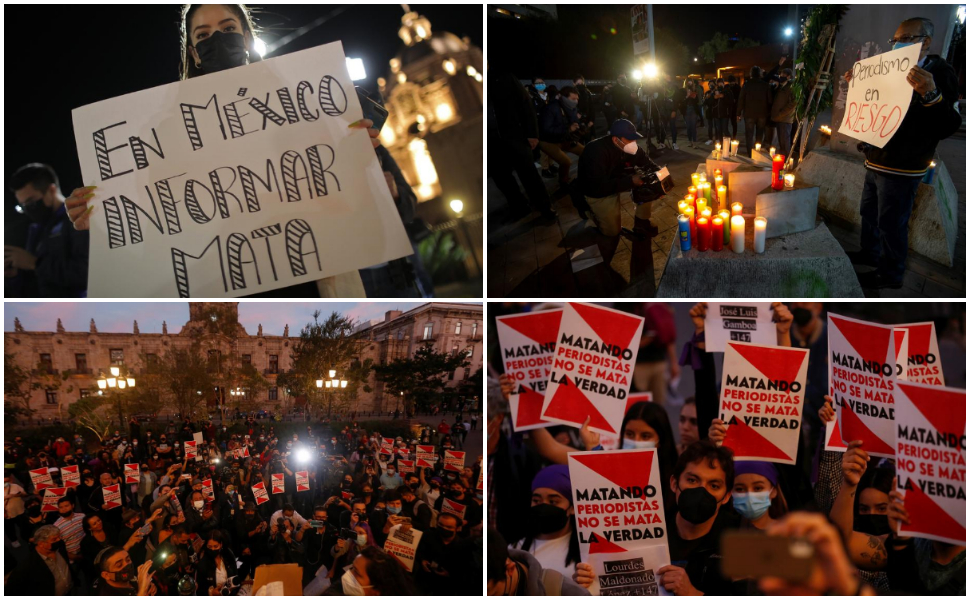 Mexico is one of the most dangerous countries for journalists, with 2000 journalists killed between 2021 and 145. / Photo: EPA-EFE

The planned protests are organized after the murder of experienced journalist Lourdes Maldonado on Sunday, three years after she asked about the killings President Andres Manuel Lopez Obrador and said he feared for his life.

Mexico is one of the most dangerous countries for journalists, with 2000 journalists killed between 2021 and 145, the Article 19 NGO said.

Mexican journalists' associations have voted to hold rallies that will coincide with online protest campaigns. "There is an urgent need for state and federal authorities to prevent attacks, to protect journalists when they are victims, and to carefully investigate crimes against the media."

The murder of Lourdes Maldonado in the northern city of Tijuana, near the border, where she worked as a journalist for years, followed the previous killings of two other Mexican journalists this month. Lopez Obrador, who has come under fire for failing to do enough to protect journalists, said the government would investigate and "clear up this crime to prevent further killings of journalists".

His critics say Lopez Obrador has failed to deliver on promises to reduce violence, fight deep-rooted organized crime or reduce impunity. The Mexican president acknowledged that crime and violence are products of the chronic corruption and inequality that prevails in Mexico.