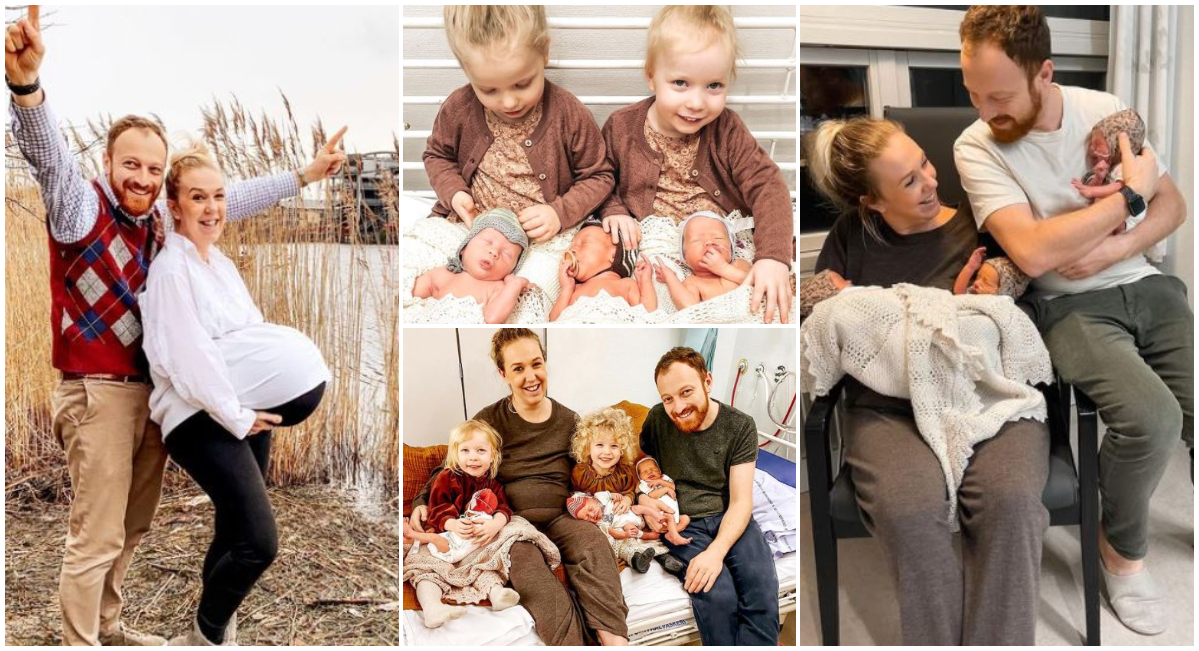 He shared the announcements with his over 260.000 followers, showing them, as he puts it, the "giant belly" every day.

The biggest attention was drawn to her video on "TickTock" published by a completely different person, who wrote that Michelle is another proof why mothers must be respected. The video has been viewed over 14 million times, and there are numerous comments.

"I have no words, great respect", "I was speechless, you are my superhero from now on", "The best example of how beautiful a woman's body is", are some of the comments.

The delivery lasted 36 hours, but this mother noted that it went better than she expected.

She also shared a photo of her abdomen ten days after giving birth, explaining that it was already much smaller, but that it was heavy and incredibly painful.

"For the last few days, I have been in pain when I was breathing," she admitted.

In addition to the triplet, she and her husband are the parents of two twins, who recently turned three years old.

For every woman, pregnancy is a different concept. The size of the pregnant belly can be affected by which pregnancy is in order and the structure of the woman's body, but also the baby itself. Diastasis, a condition in pregnancy when the left and right abdominal muscles separate, also contributes to the shape of the abdomen.

From the kitchen of the young Davor Pancevski: Quick pie with potatoes and leeks