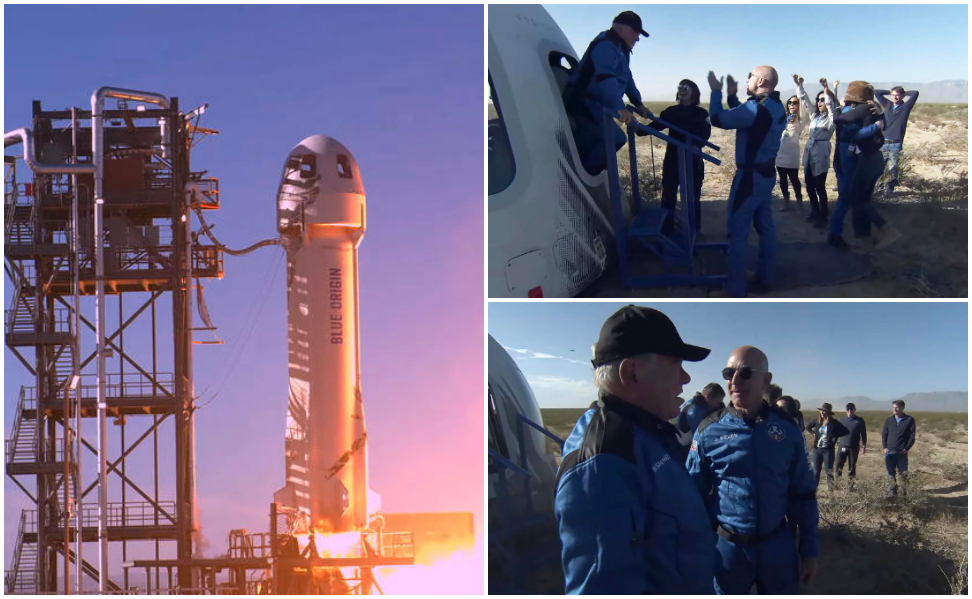 The Hollywood actor who became famous with the role of Captain Kirk in the cult TV series "Star Trek", At the age of 90, William Shatner became the oldest person to travel to space, after he was part of the crew today on the second commercial flight of Jeff Bezos's company, "Blue Origin".

From take-off to landing, the journey took only 10 minutes. The crew experienced about three minutes of weightlessness at the top of the runway before their capsule deployed parachutes to slow their descent and reach near the launch site in Texas, CNN reported.

- I am so full of emotions about what happened. That's great, great. I hope I can maintain what I feel now. I do not want to lose him. "It's much bigger than me and life," Shatner, 90, told Bezos through tears of joy after landing.

VIDEO | What was Bezos doing in space? He was having fun for all the money

PHOTO | A story with a happy ending: A rescue horse left on the terrace of an abandoned house in Debar Maalo

VIDEO | Popovski: EU enlargement for Macedonia is over, he will want to accept us in orbit, but not in the core