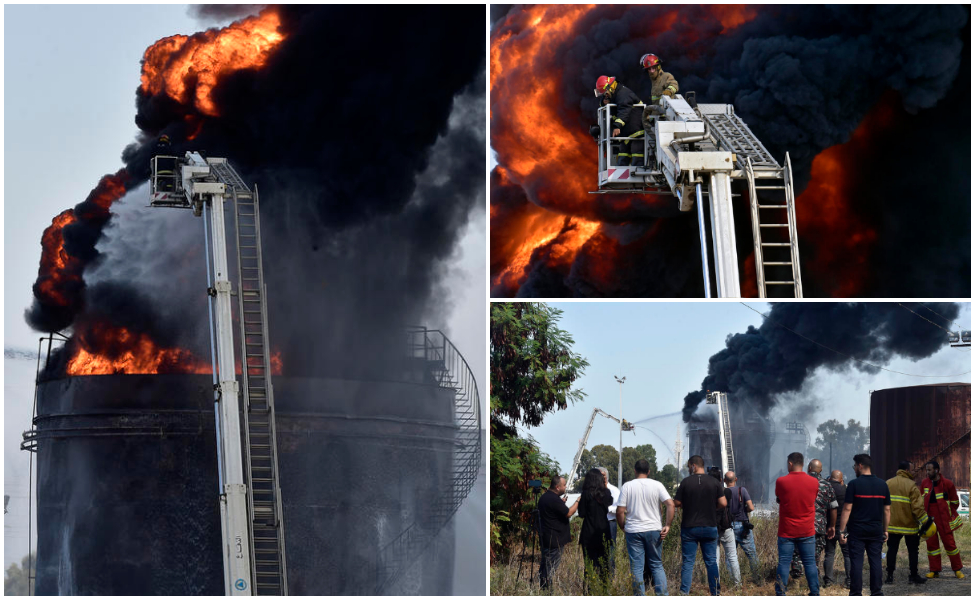 A large fire broke out today at an oil refinery in southern Lebanon, state media said, adding that the cause was not yet known.

The National News Agency reported that there were no employees nearby when the fire broke out in a large gas tank in the village of Zahrani on the Mediterranean coast, reports Beta.

Fire trucks arrived immediately to put out the blaze, which is near one of Lebanon's main power plants. The plant shut down on Saturday due to a lack of fuel at a time when Lebanon is facing a serious crisis and there is no electricity 22 hours a day.

Thick black smoke billowed over the area around the Zahrani Oil Plant, about 50km south of Beirut.

The blaze erupted more than a year after a catastrophic explosion at Beirut port killed 215 people and injured thousands, and the port and surrounding neighborhoods were destroyed.

VIDEO: "Apocalypse" in Russia - a whirlwind with winds of 100 km per hour raging through Siberia

WHO: Countries to review measures and speed up vaccination over Omicron

Zelenski boasted: Britain is allocating another billion pounds of aid to Ukraine

VIDEO: Someone lit a Christmas tree in front of the Fox News headquarters

The number of covid-19 cases in Europe is declining, says the WHO

Putin met with Mitsotakis, thanked him for vaccines and purchased gas

The third dose will also protect against the cunning omicron