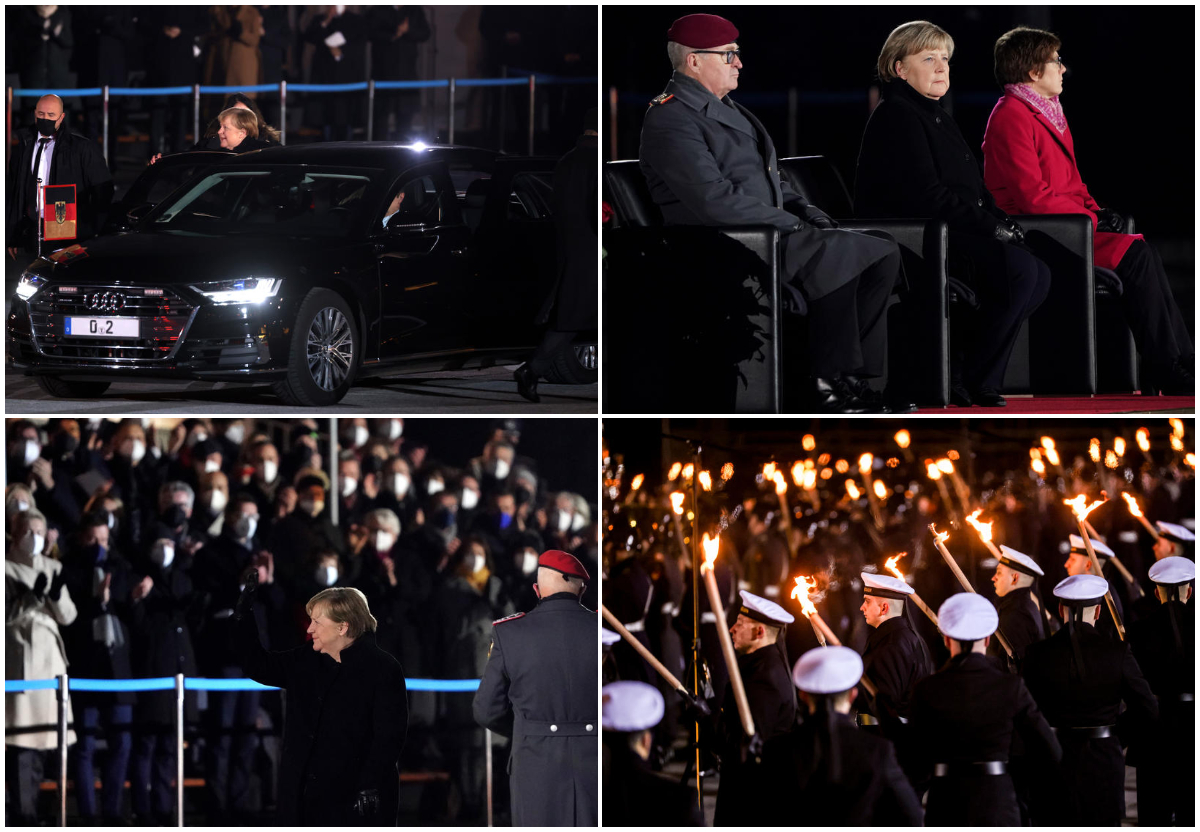 After 16 years as German Chancellor, Angela Merkel is retiring from politics. Until the election of her successor (December 8), Merkel is still the "technical chancellor", but today (December 2) Germany bids farewell to the head of government, with military honors.

The "Big Dinner" (Großer Zapfenstreich) was held in Berlin tonight, which is the largest military ceremony in the Federal Republic of Germany - with torches, soldiers in ceremonial uniforms, officers and choreography planned to the last detail.

The "Big Dinner" is special because the Bundeswehr military orchestra plays songs during that ceremony, chosen by those they say goodbye to. Angela Merkel's musical desires have been known for a long time, and for some time now they have been provoking certain reactions from German citizens.

Angela Merkel is retiring at the age of 67, but judging by those verses, she certainly has some new wishes and dreams that she wants to fulfill.

Russia names Navalny a terrorist, extremist on the same list as the Taliban and IS

The Bundestag will discuss the situation in BiH

The wife's birthday party could be a "knockout" for Johnson

Poland will deal with polluted air in an unusual way