PHOTO + VIDEO | Duуko Toшиi го celebrated his birthday with friends, and Karleuшаa and the children packed their bags 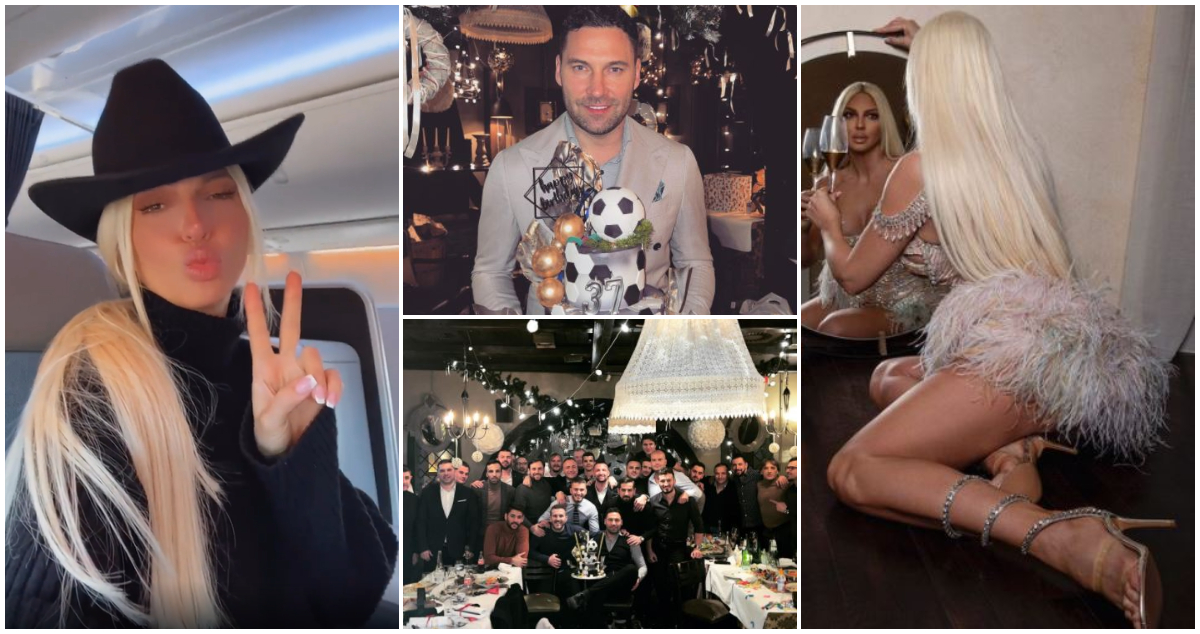 The Serbian star Jelena Karleuшаa every year she worked hard on her husband's birthday Dusko Tosic to be special.

For the celebration of his 36th birthday, she organized a party to remember him, and all the media in the region wrote about it for days.

Although they were still in the public spotlight over his alleged affair with singer Predrag Jovanovic Blizanac's ex-wife, Ana Jovanovic.

"I am sorry that Dushko is trapped in the mud and that because of the painful hatred towards me, lies are written about him who has always been a loyal, family man, honest, without stains. This time he decided to sue. "That was enough," said Jelena at the time, and although they seemed to have overcome that crisis in their marriage, the new year brought new problems.

Let us remind you that a real family drama was taking place in their home this Christmas, Dushko allegedly slapped Jelena during the family lunch, due to which he was banned from approaching for 30 days.

Obviously, this year he will not receive a gift from Jelena, and judging by their posts on the social network "Instagram", Dushko spent the day with friends yesterday, and Jelena decided to leave Belgrade again.

She posted a video showing that she is on her way with her friend and manager Zoran Birtasevic, and she took her two daughters Atina and Nika with her, not wisely revealing where they went.