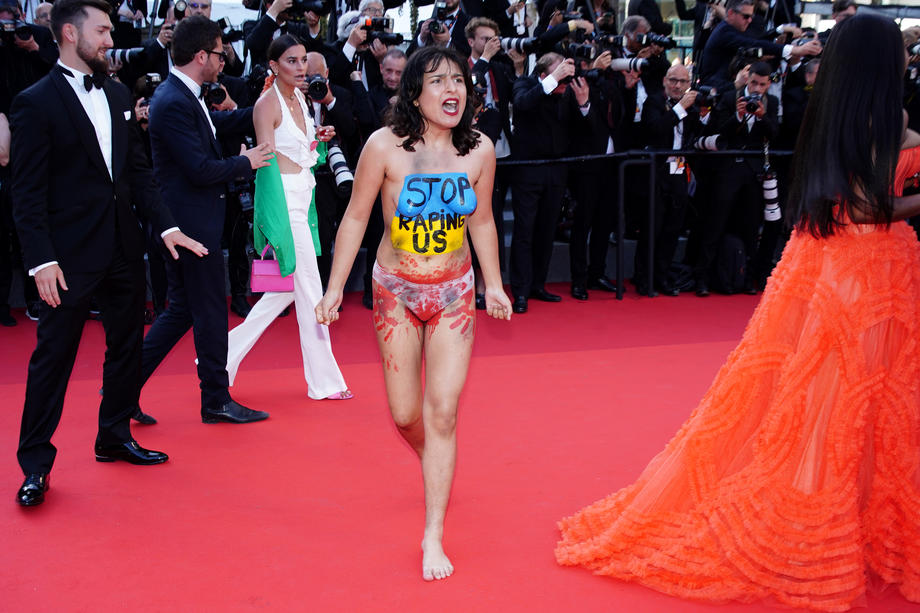 A woman ran topless on the red carpet Cannes Film Festival in protest with a message written on her body accusing Russian soldiers of rape during the invasion of Ukraine.

The protester on the red carpet tore off the top of her clothes and showed the message "Stop raping us" written on the body in the colors of the Ukrainian flag. Her thighs were stained red, symbolizing blood.

Ukrainian authorities say they are investigating cases of rape by Russian troops during the occupation of parts of the country.

The grand opening of the 75th Cannes Film Festival on Tuesday night was marked by a video message from the Ukrainian President Volodymyr Zelenski.

In the context of the war in Ukraine, the festival organizers decided to deny the accreditations of all Russian filmmakers, but also of journalists who are in any way connected with the Russian government.

On the other hand, the opponent of the war in Ukraine, the Russian director Kiril Serebrenikov, known for its bold films and support for LGBTI people, officially opened the festival with the film "Tchaikovsky's Woman" in competition for the Palme d'Or and told the audience "No to the war!"