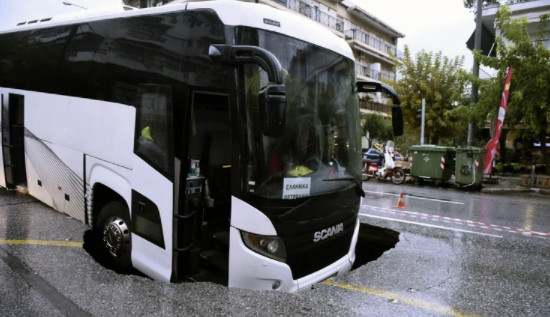 A bus carrying workers from an oil refinery in Thessaloniki crashed into a pothole on Sunday, causing heavy rain but no injuries, officials said.

There were 15 people in the bus at the time of the accident, transmits AP.

Heavy rains caused floods in Athens and other parts of Greece, and many roads were closed due to the storm.

Second day of storm in Greece, one missing on the island of Evia