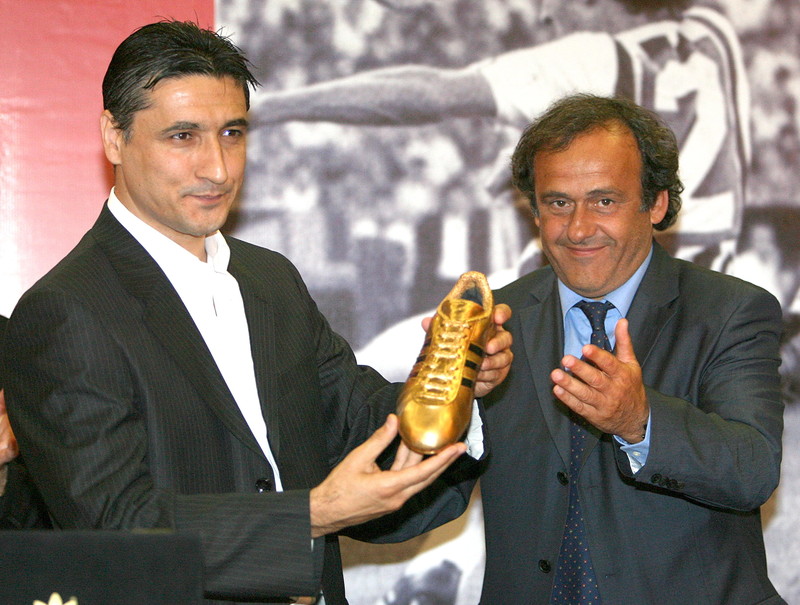 Macedonian football legend Darko Pancev was the best scorer in Europe with 34 goals in the 1990/1991 season with Red Star / Photo: EPA / GEORGI LICOVSKI

The new football season 2021/2022 has started, and with it the fight for the "golden boot" which is awarded to the best European scorer.

The "Golden Shoe" has been awarded since 1968, and once arrived in Serbia. That was 30 years ago, in 1991, when the award for the best scorer on the old continent was given to one of the best Macedonian football players, Darko Pancev, who received this award only 15 years later in 2006 in Skopje, receiving it personally from Michel Platini.

History could be repeated next June after 30 years, and currently the leader in the race for the "Golden Shoe" is the Molde striker, Ohi Omojuanfo, who from January 1, 2022 will be a member of the Red Star with 24 goals or 36 points, after The goals in the Norwegian league are multiplied by one and a half, due to the weight of the league.

The same situation regarding the multiplication is in the Serbian Super League, from whose championship in the Top 5 is the member of Partizan, Ricardo Gomes with 15 goals in the fifth place with 22,5 points.

Until 1996, the award winners were mostly from the weaker leagues, but since 1997 the leagues have been ranked by weight and the number of goals multiplied by the quality of the league in which the players play, and last time the award outside the Premier League, La Liga. , Serie A or the Bundesliga ended up in the hands of Mario Jardel of Sporting in 2002.

Will there be a "Golden Ball" for the best striker in the world Lewandowski?