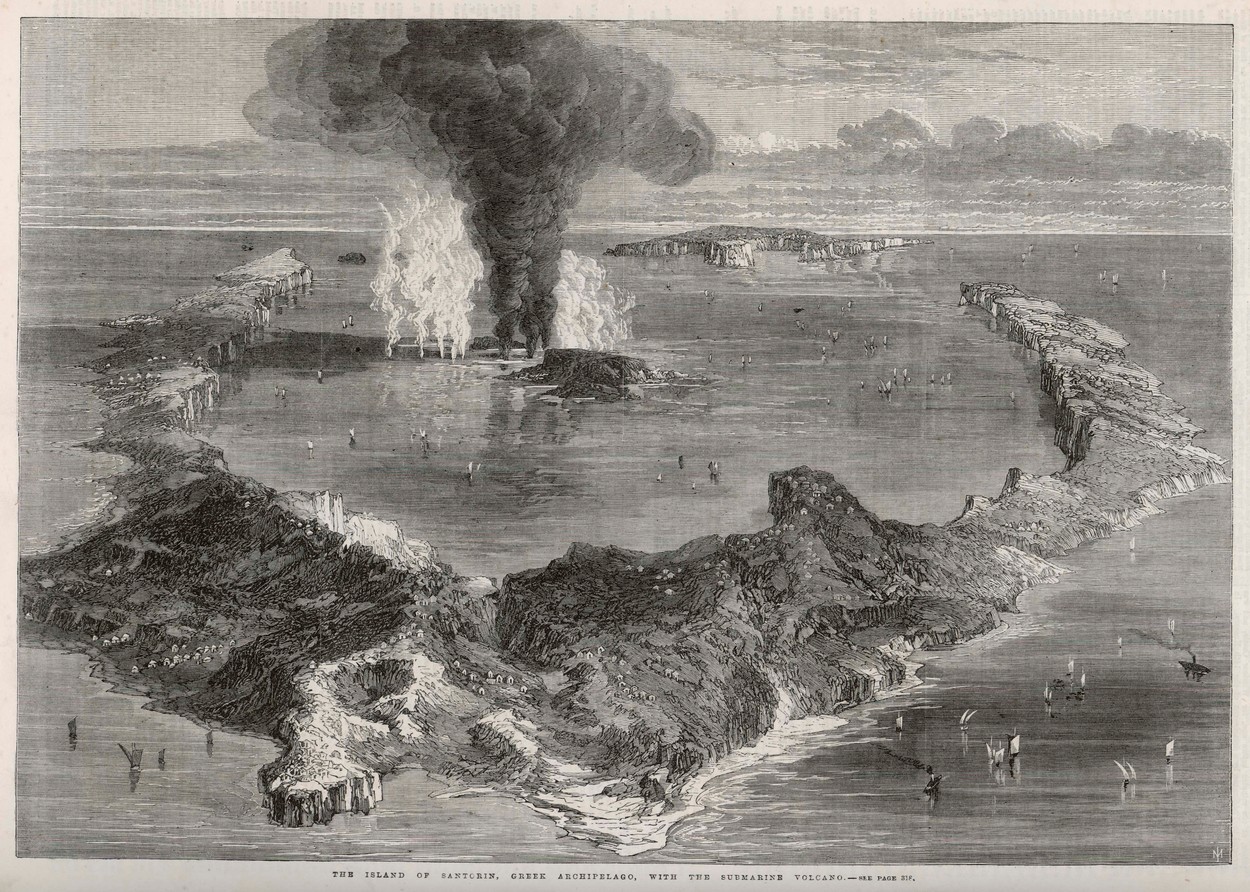 No mythical notion is as mysterious as it is Atlantis, a very advanced civilization that disappeared several thousand years ago. So at least it's assumed…

No concrete evidence of its existence has yet been discovered, but that does not stop archaeologists and historians from engaging in mythology that has always intrigued curious minds.

Here are some theories about the fate of this lost culture, which according to legend ruled the world in ancient times.

Atlantis was the continent that swallowed the Atlantic Ocean

The idea that it was a confirmed historical site, not a story invented by Plato, arose in the late 19th century. In his 1882 book Atlantis: A Pre-Submerged World, the writer Ignatius Donnelly argued that the ancient peoples inherited achievements, such as language, tillage, and metals, from the advanced civilization that preceded them.
Donnelly described the submerged continent, which according to Plato was found above the pillars of Hercules near Gibraltar. Modern oceanography and the knowledge of tectonic plates that are used today do not support this theory.

Did the Bermuda Triangle swallow Atlantis?

Inspired by Donnelly's work, many writers later speculated that Atlantis was located elsewhere. One of them was Charles Berlitz.

He claimed in the 1970s that Atlantis was a real continent and that it was located near the Bahamas, but that he had swallowed the Bermuda Triangle.

Proponents of her case have been working to make the actual transcript of this statement available online. Scientists estimate that these are natural structures formed by accidentally deposited rocks.

Antarctica was once Atlantis

The author Charles Hapgood In his 1958 book Earth's Shifting Crust, about which Albert Einstein wrote the foreword, he estimated that the Earth's crust shifted about 12.000 years ago, causing Antarctica to move south from where it had been.

Did the relocation of Antarctica destroy ancient civilization?

Hapgood believes that the climate of the former Antarctica was more temperate and that advanced civilization was developing there. When the Earth's crust shifted, the continent shifted, the temperature dropped sharply, and the majestic Antarctic cities were frozen.

Just like the theory of Brought, and this theory precedes the knowledge we have today about the motion of tectonic plates, which refutes this assumption.

Atlantis may be a fictional place, but it is not impossible to present an allegory for a true historical event. There is a hypothesis about the origin of the Black Sea, according to which it arose around 5600 BC, when the Mediterranean Sea broke through the Bosphorus Strait and filled the former freshwater lake with sea water. This hypothesis states that the lake from which the Black Sea originated was half as small.

If such a flood really occurred, it can be assumed that it caused the displacement of the population that inhabited the edges of the hypothetical lake. "People fleeing the oncoming water vividly described their experiences, and those stories, thousands of years later, inspired Plato to write about a lost civilization," writes History.

One of the more recent theories concerns the civilization of the Greek islands of Crete and Santorini, which flourished between 2500 and 1600 BC.

It is named after the legendary King Minos. It is believed to have been the first major European civilization. The Minoans built magnificent palaces, built roads, and were the first Europeans to use the letter.

At the height of its power, the Minoan civilization disappeared from history. This event exposed a number of theories about a possible connection to the lost civilization of Plato's Atlantis.

Historians estimate that a catastrophic earthquake struck the island of Terra, now Santorini, 1600 BC, causing an eruption of alarming proportions. Ten million tons of rock, ash and gas were released into the atmosphere. The ensuing tsunamis were enough to destroy the Minoan cities, making them vulnerable to attacks by other peoples on land.

Atlantis is a work of Plato's fantasy

Most historians and scholars agree that Plato's preaching of the lost kingdom of Atlantis is pure fiction. He probably invented Atlantis as a perfect civilization, whose dark story served as a warning that the gods were punishing human pride.

Apart from Plato's dialogues, there are no other records of this ancient culture. In addition, despite the development of modern oceanography and efforts to map the ocean floor, no evidence of a submerged civilization has yet been found.

Jackie Kennedy: The secrets of a woman who knew how to turn into a beauty overnight

On the verge of madness: The strange life of the "last wizard" Isaac Newton