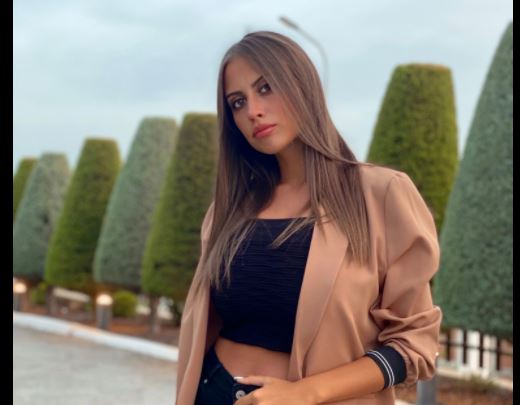 The beautiful Marija Daneva from Stip last night on the final night of the festival of fun melodies "Makfest 2021", won the third place, but was also crowned with an award for the best stage performance.

Maria, after the happy night, today on her Instagram and Facebook profiles posted photos of the awards she won last night at "Makfest".

"I am immensely lucky and pleased to be part of the 36th edition of a festival of this scale as Makfest." Growing up with "Makfest" since I was a child I dreamed of such an opportunity and I am very glad that my dream came true, and even more so that I received the third prize and the award for best stage performance. Huge thanks to Robert Bilbilov who made the music and arrangement of my song, Ana Antovska who wrote the lyrics, thanks to Jovana Zajkova and Boban Ruseski who did the choreography and are guilty of winning the stage performance award, my family and friends who supported me at every step and to all those who believed in me and gave me this chance ", posted an emotional post next to the photos.

Maria, overwhelmed with emotions, cried on the stage of "Makfest" last night. During the presentation of the award by the Mayor Dr. Sashko Nikolov, the beautiful woman from Stip knelt on the stage, not being able to stop the tears of joy.