PHOTO: Heavy Traffic Accident in Cento, Driver Who Crashed into a 65-ka Bus 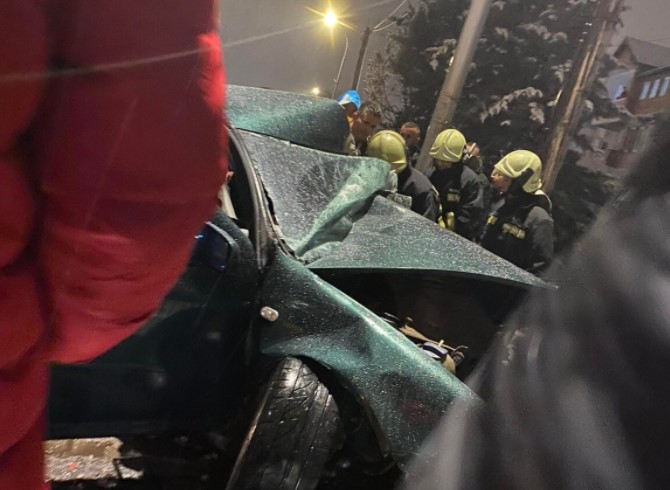 A serious traffic accident happened this afternoon in the Skopje neighborhood of Cento, when a car at high speed collided with a bus number 65, which runs in the neighborhood, announced Alsat.

According to initial information from the Ministry of Interior, one person lost his life in a car accident.

Teams from the Ministry of Interior and the Fire Brigade came to the scene.

"Today around 17.35 pm it was reported that a traffic accident occurred on the street" MA Chento "between the bus of JSP line no. 65, driven by S. "S. (1961) from Skopje and a PMV" Golf "with Skopje license plates, driven by SO (1982) from Skopje", say from the Ministry of Interior.