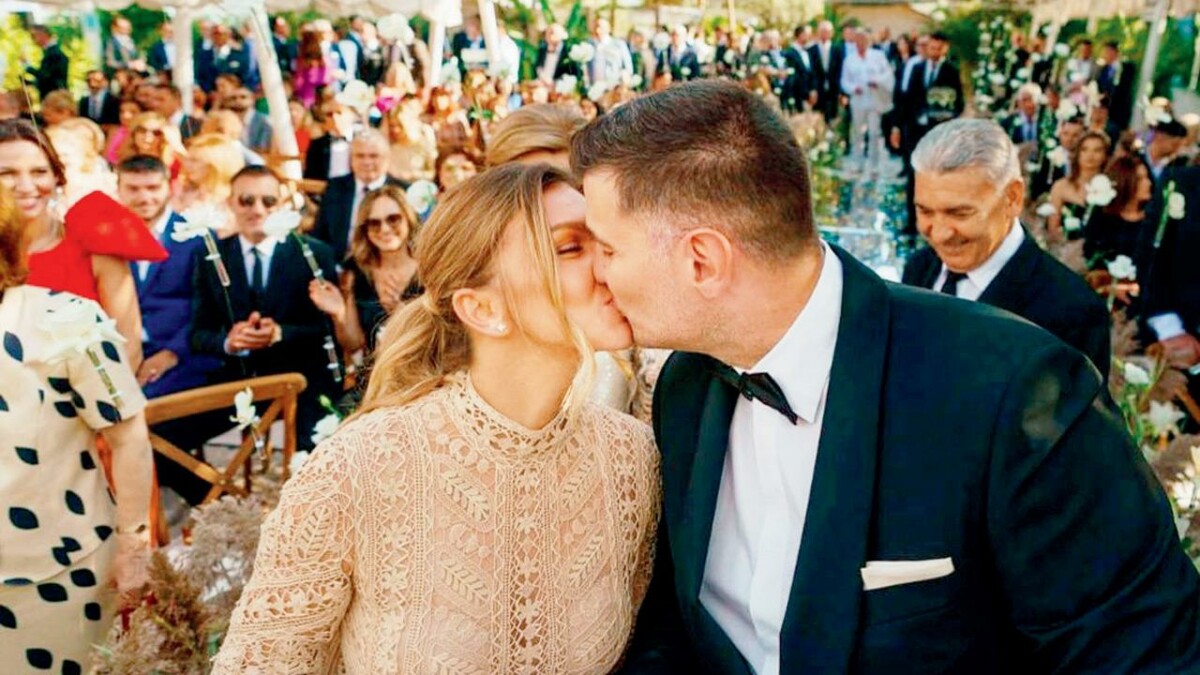 The couple had a lavish wedding on Wednesday in their hometown of Constanta, a city that is the largest port on the Black Sea.

The two-time Grand Slam champion and former best tennis player on the planet has decided to crown her three-year relationship with marriage.

Simona chose a beige dress with lace instead of a classic white wedding dress, and later changed into a long white dress with a large black ribbon.

Photos of the ceremony were shared by 29-year-old Simona on Instagram, where she is followed by 1,6 million people. The wedding was attended by family and friends.

Romanian music stars Dan Bitman and Loredana sang for them at the wedding.

Her coach Darren Cahill also wished her luck in the marriage.

"I send congratulations and hugs to you both. You are an amazing couple. "Enjoy the celebration with family and friends," Darren wrote on Twitter.

The official signing today of marriage for Simo and Toni in Romania❤️ Congratulations and big hugs to you both. An amazing couple. Have a great celebration with family and friends tonight! 🍾💃🕺 pic.twitter.com/w3tFr1oxFJ

Yuruk is a well-known businessman and owner of several companies. Juruk is Vlach originally from Macedonia. He married Simona after three years of relationship, and he already has two marriages behind him.

Simona planned a wedding date right after the US Open, where she reached the quarterfinals.