PHOTO | Shocking photos of one of the most beautiful Serbian actresses: She lives in misery, eats in the national kitchen 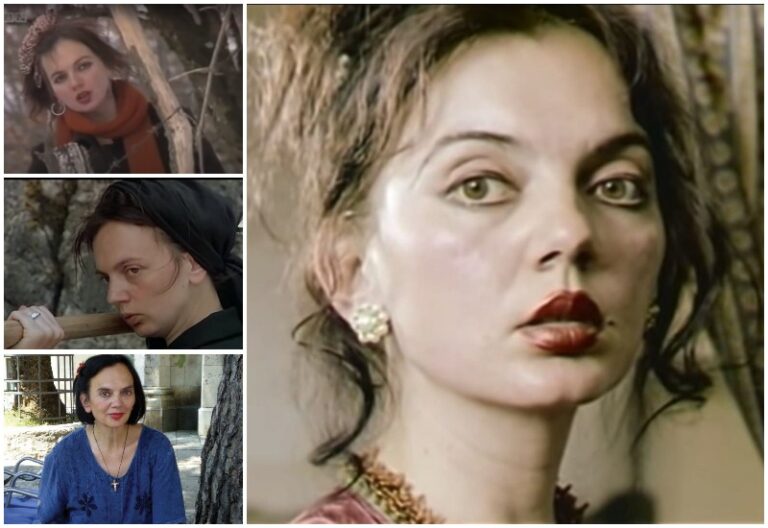 Spring was married to a famous director Zivko Nikolic, with whom she has two sons, and she played some of her most famous roles in his films "The Beauty of Vice" and "Miracle Unseen". The audience remembers well how Jeka from the series "The woman has not died yet, and we do not know when she will die", and a large part of her career was spent in "Atelier 212".

However, life did not caress the famous actress at all. She lost her husband and parents in a short time, and now photos of her have appeared on Twitter Spring from the national kitchen, with a sad expression on his face and a scarf on his head, announced Serbian "Lens".

"A regular user of the kitchen of the Religious Charity. "Do you recognize the woman in these photos?" A Twitter user wrote.

Regular user of the kitchen of the Religious Charitable Guardianship. Do you recognize the woman in these photos? pic.twitter.com/QqsCUbMX8g

Many were shocked and shaken by this issue of the actress.

"I do not understand. Do not the theaters in which the actors work pay a pension for their artists? "How come the actors do not have pensions?" One Twitter user asked.

"I can not believe it is this actress. How beautiful she was in her younger days. "As if someone had sucked life out of it," added another Twitter user.

There were those who criticized her colleagues from the acting profession.

"Disaster. And some of her colleagues are arrogant and threaten to leave the country because, imagine, they do not have "appropriate" treatment. Where is that collegial solidarity? "She does not have to be given help, but she can be offered a job," reads one of the comments.

Otherwise, the actress once described what hell she was going through.

- At the time of the bombing Zivko west. I felt great pain, too much sadness. One son went to become a monk. He said: "All my walls have been torn down." I stared at the wall, depressed. We used to be a big, happy, harmonious and hardworking family. I could not play, I asked for a pension. The comedian's job is to bring joy to people, and I no longer have joy. Pension - 7.000 dinars. We were hungry. I thought I had completely lost my memory because of it. A merciful landlady in the supermarket near the house gave us food on credit for years, she loved Zivko's movies. He was still alive. I remember once receiving money and being able to choose whether to go to the market or repay part of the debt. However, I went to the market. A young onion was peeking out of my bag and I was circling the whole neighborhood so that she would not see me. I told Zivko, and he said to me: "Play it on stage. And that is life - she said on one occasion Spring for Serbian "Novosti".

Following the death of her husband, reports emerged that the actress had been abused by her son and had fled the family home to a shelter for victims of domestic violence. However, Spring she never wanted to talk about it, but carried her trouble in silence.

The terrible fate of Vesna Pecanac: Her son abused her for years, she survived a great tragedy, she found refuge in a shelter

Rumors: Johnny Depp and his lawyer Camilla are in love