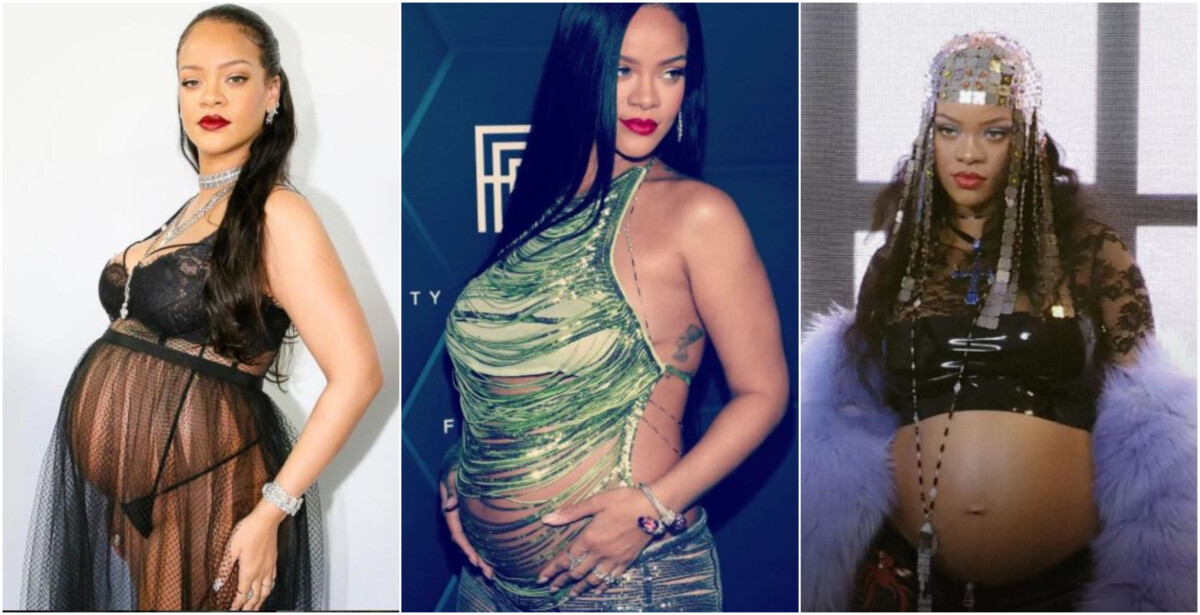 Rihanna she appeared in public for the first time after giving birth and once again proved how extravagant she is when it comes to fashion style.

The famous singer during her pregnancy caused a storm in the public and divided opinions. The cause for comment was her dress, which many considered inappropriate for a pregnant woman.

She always revealed her pregnant belly, wore men's underwear, and on one occasion revealed why she can't stand maternity clothes.

Rihanna now appeared at the Wireless festival in London for the first time after giving birth and proved once again that she will always provoke comments about her fashion taste.

Rihanna came to support her boyfriend, ASAP Rocky, and the paparazzi caught them in a barbershop in the London neighborhood of Crystal Palace, before his performance at the festival. Many were waiting to see what Rihanna looks like after giving birth, but the singer literally camouflaged herself in a huge puffer coat and black pants.

What everyone noticed were the feathered glasses Rihanna was wearing. She completed the chic edition with a silver necklace and earrings, but it seems that her unusual fashion style is going down well with many social media users.

Rihanna was visibly smiling the whole time and posed with fans afterwards.

What's interesting is that alongside Rihanna, who was in the audience at this year's Wireless festival, was her ex-boyfriend Chris Brown.

Their relationship was the number one topic in the world in 2009, when information and photos of Chris Brown beating her before the Grammy Awards were leaked.

Rihanna also spoke about the shocking argument and beating when she visited Oprah Winfrey, and then she said that she forgave Brown and that he is the love of her life.

Bora Corba spoke about his earnings, and remembered the late Misha Aleksic

"Total upheaval": All the details of the divorce of Francesco Totti and Ilari Blasi are known

Singer and doctor Simona Popovska became a mother for the second time: Nikola got a little brother

George Michael was addicted to Diet Coke: The singer drank 25 cans a day of the popular drink

Ann Hatch's cause of death revealed: She had cocaine and fentanyl in her body

VIDEO | They came from Canada to their native land to record two Macedonian songs: Listen to "Bože pravda nema" and "My life"