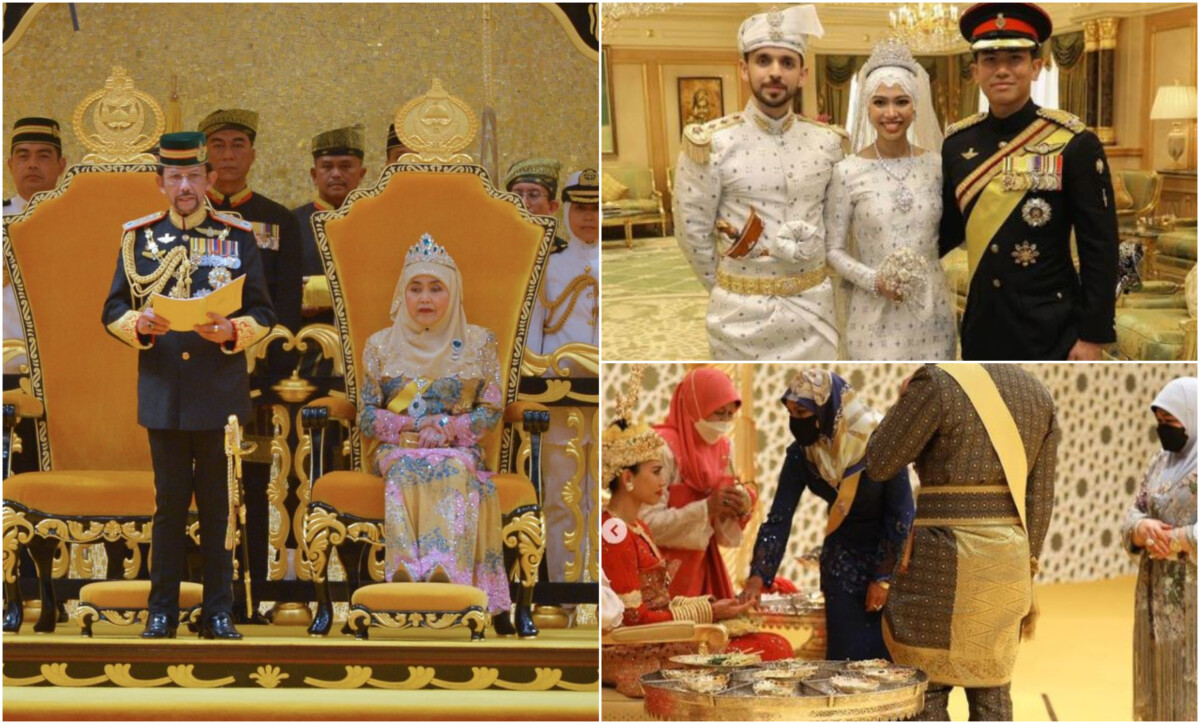 Every royal wedding in the world is followed with special attention, although it is still led by the British royal family, which attracts attention with scandals and thus has always been the most interesting for the public.

Luxury and splendor of the wedding marathon

But this time we go a little further east, to Brunei, where one of the richest people in the world, the 75-year-old sultan, rules. Hassanal Bolkiah. Namely, the wedding of his daughter, the 36-year-old princess, took place there recently Fajilah Lubabul and her chosen one Avang Abdullah Nabil Mahmoud Al-Hashimi.

Otherwise, Fajilah A graduate of Kingston University, she is the ninth of the Sultan's twelve children and is a well-known health activist. However, her husband is not so well known to the public.

The wedding marathon began on January 16 with a ceremony at which the sultan officially blessed the newlyweds.

Then, as a final celebration, a ceremony was held in the large, gilded hall of the royal palace.

Polygamy was allowed in Brunei, and the sultan married three times. He has 12 children with his wives, and he has paid millions for all those who got married in a few days.

For the wedding of his eldest daughter, the princess Rashida, in 1996 he sent a plane after the pop diva Whitney Houston to sing for the guests, which cost him $ 10 million. It is a "trifle" when you hear that the "value" of the sultan is about 20 billion dollars. Where does all this come from? Of course, from oil.

He spent $ 40 million on his birthday

However, nothing can surpass the celebration of his 50th birthday in 1996. The celebration lasted two weeks and cost almost $ 40 million. During the celebration, Michael Jackson he sang three times and earned almost 26 million dollars.

Hollywood rebelled against the Sultan's laws

Otherwise, the sultan Hasanal is known as an incredibly controversial figure, and in 2019 he tried to pass one of the most rigorous laws under which thieves will be punished by amputation of the hand, Muslims who drank alcohol will be flogged, and members of the LGBT community will be stoned to death.

Then the public woke up, and many celebrities started calling him out. Actor George Clooney has called for a boycott of the Sultan's hotels, including Dorchester in London and Beverly Hills in Los Angeles. He was joined by other stars such as Jay Leno, Ellen DeGeneres, Sharon Osborne… Virgin Airlines owner Richard Branson also joined the protest when Virgin Australia canceled their staff travel contract with the national airline. Brunei.

After the international revolt, he never enforced his rather terrible laws.

The Sultan of Brunei, dictator obsessed with sex: He has a golden plane, 7000 cars, and George Clooney was the first to boycott him (PHOTO)

Mars enters Aries on May 25: Bravely and confidently achieving goals