PHOTO | Maya Bay Paradise, where DiCaprio starred in the movie "Beach", will be reopened to tourists 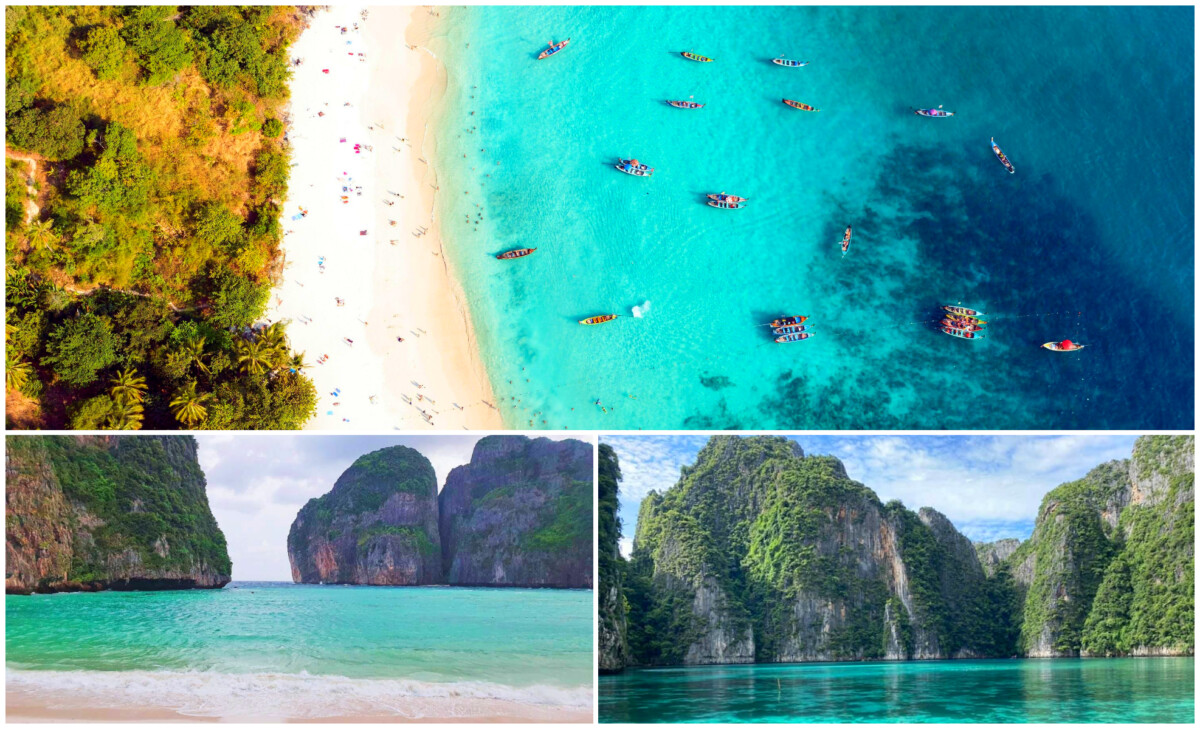 Four years after the closure of Maya Bay Beach, the most famous lagoon in the movie "Beach" with Leonardo DiCaprio, will be reopened to visitors in January 2022, confirmed the Thai Department of National Parks.

This dramatically beautiful beach with fine white sand and a turquoise coin-shaped bay, called Maya, is part of the Hat Nogshharat Tara - Mu Ko Phi National Park, which meets Hollywood standards for a tropical paradise. Thailand experienced the peak of popularity with this beach, when in 2018 over 6000 people came to that bay every day.

However, due to the popularity it experienced, this beautiful bay became a "victim" of its own beauty. At only 15 meters wide and 250 meters long, the bay was a favorite for visitors who were not always fair to the untouched nature. A pile of rubbish, damaged plants and sand, a frightened eco-world are just some of the inconveniences that have occupied this bay. The pictures in which the tourists are photographed with parts of the protected area, annoyed the citizens of Thailand and this bay was closed in 2018.

When will Maya Bay reopen?

Initially, the closure took several months. Given that it takes a long time to restore the natural harmony of the bay, but also to install the necessary infrastructure for protection, the authorities continued the "freezing" of the island for four years.

Official information about the opening is that the bay will reopen in January, two months after Thailand began accepting vaccinated tourists from 63 countries.

In a statement to the media, The Minister of Natural Resources and Environment of Thailand stated:

"Maya Bay is of exceptional interest to tourists from all over the world. But it is also a cause of deterioration in the natural area, especially corals. "After we closed the bay, it has been refreshed and refreshed and is now in good condition."

In the future, only 300 tourists will be able to stay on this beach for a maximum of one hour between 10 am and 16 pm.

VIDEO | She donated a kidney for her boyfriend, after a few months he betrayed her and broke up with her

Coconut oil: how to use it to treat eczema, dry skin and acne

What she is doing today: Snezana Stojcevska, poet

This danger lurks if you are in winter: How do avalanches occur and how do you protect yourself?