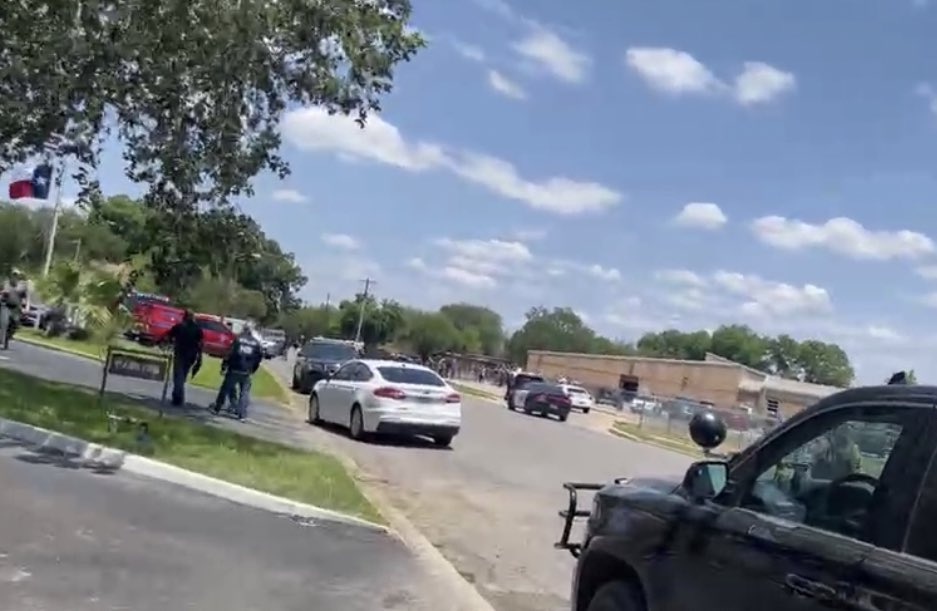 Shooting at a school in Texas / Photo: Twitter / @ AliBradleyTV

A shooting at a Texas elementary school has killed 14 students and a teacher.

"He shot and killed 14 students horribly and incomprehensibly and killed one teacher," Abbott told a news briefing.

The suspect also allegedly shot his grandmother before entering the school and reopening the fire, Abbott said. He said nothing more about her condition.

Abbott said the shooter had a gun, and possibly a shotgun.

# BREAKING Multiple children were shot & killed at an Elementary School in Uvalde, TX. Multiple LE sources tells me the shooter was a murder suspect, there was a bolo out for his truck— A pursuit ended near Robb Elementary — He ran into the school, started firing. Limited info. pic.twitter.com/AdVYsDoBem

"When parents leave their children at school, they expect to know that they will be able to pick up their child when that school day is over. "And there are families who are in mourning right now." "The state of Texas mourns them because of the reality that these parents will not be able to take their children.

Two police officers who responded were among the injured, Abbott said. They are expected to survive, he said.

Uvalde Memorial Hospital said 15 students were being cared for in the hospital's emergency department after the incident. Two patients have been transferred to San Antonio for treatment, while a third is awaiting transfer, the hospital said. The 45-year-old was also hospitalized after being shot, the hospital said.

The San Antonio University Health Department said there were two patients in the incident - a child and an adult. The hospital said the adult - a 66-year-old woman - was in critical condition. There is still no update on the child's condition.

The San Antonio Children's Hospital said it also received patients from the shooting.

Uvalde Mayor Don McLaughlin did not confirm the victims, but in a text message to ABC News said "this is a very bad situation". He said the office was trying to contact the parents before releasing any information.

Earlier, the Uvalde Consolidated Independent School District said the bomber was located at Rob Elementary School and asked people to stay away from the area.

"There is an active shooter at Rob Elementary School," the school district said on Twitter. "The police are on the spot. Your cooperation is needed at this time as you will not be visiting campus. "Once more information is gathered, it will be shared."