PHOTO: The school in which the first class of the Macedonian language was held in the Kichevo village of Podvis is collapsing 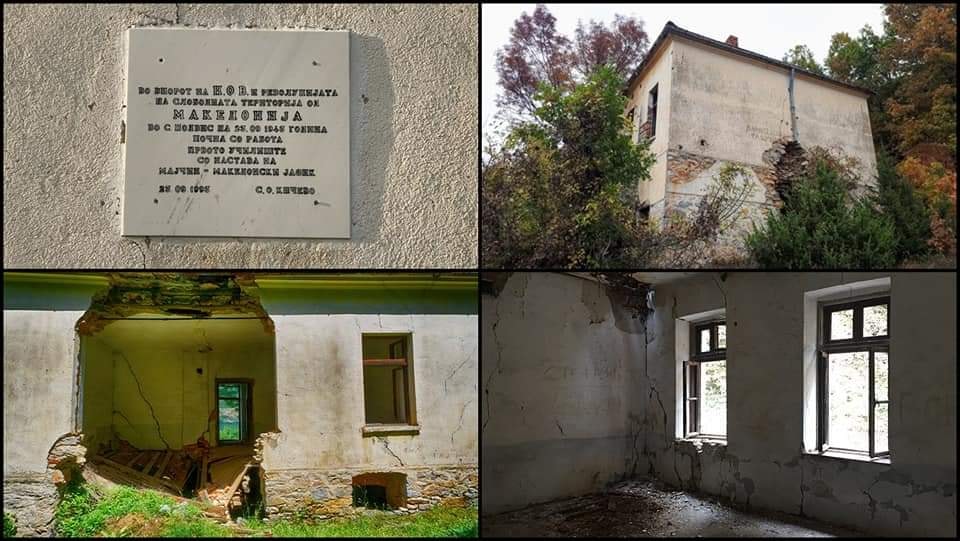 Yesterday, September 23, in 1943, during the first of the five short periods in which Kichevo and the Kopacka area were liberated from the fascist occupier during the Second World War, the first school lesson in the Macedonian language was held in the village of Podvis.

The Union of Fighters recalled this anniversary, stating that the school was opened in the liberated territory, and the first teacher was Vasilko Risteski from Podvis. In the first lesson, he told the students: "Children, from now on you will study in your native Macedonian language. And we will greet each other in the Macedonian language." Every day, when the teacher entered the classroom, he greeted with: "Death to fascism", and the children responded with: "Freedom of the people".

The photos from the announcement of the Union of Fighters remind us that the school building in which the historic first lessons in the modern Macedonian language took place for years has been in a desperate state, left to decay without any care from the state, despite the fact that it has the status of a cultural monument.

The building is located in the old, completely abandoned part of Podvis, and the memorial plaque that was placed on it was long ago moved by local residents to the new part of the village. The last, barren announcements about the reconstruction of the school building were heard in 2014. 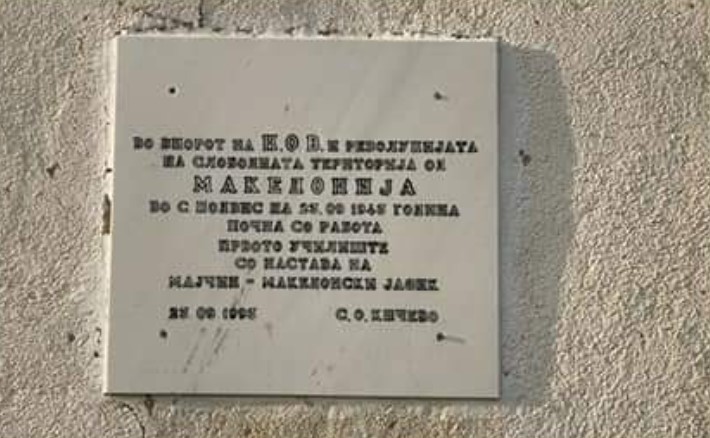 The first liberation of Kicevo and its surroundings in September 1943 lasted 21 days.

About the events in Podvis, in the first liberated territory during the war, almost a whole year before the ASNOM meeting, the MTV documentary about the village from 2006, authored by the writer, tells Stojmir Simjanoski. In it, some of the students at that time also talk about the first school lessons in the Macedonian language: