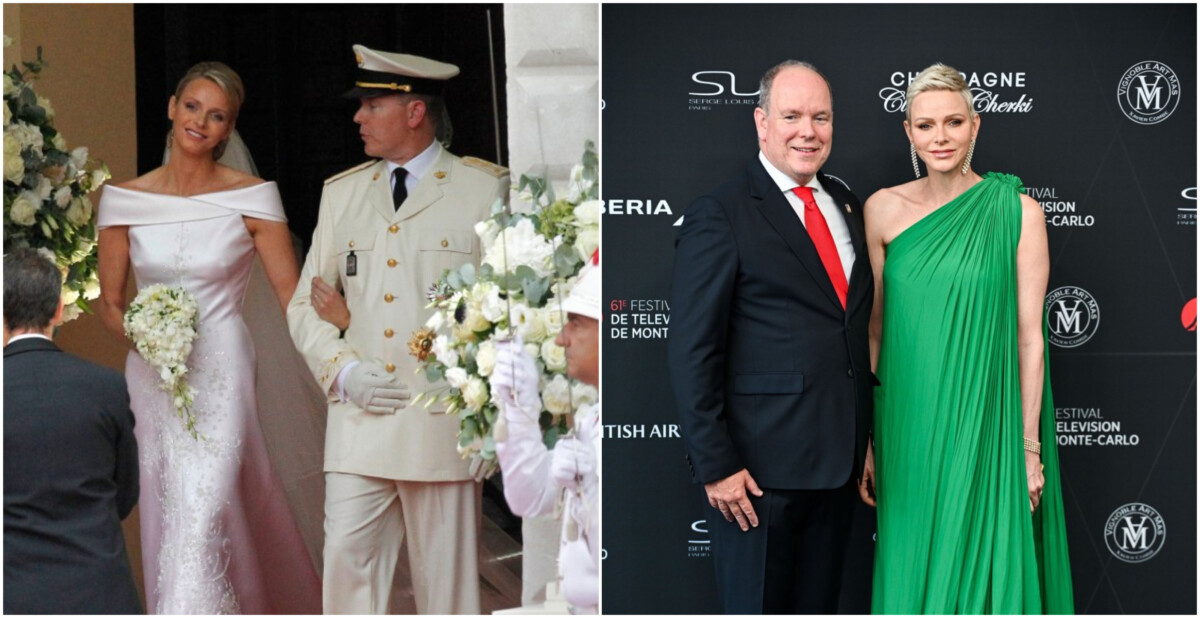 Princess Charlene posted a photo on Instagram with her husband Albert on the occasion of the wedding anniversary.

"Happy anniversary," Charlene wrote as she posed in a green dress and held her husband's hand.

This photo collected 25.000 likes and more than 1.000 comments in less than a day. And judging by the comments, some of her followers are still worried about the condition of the princess.

"Wow, they're really touching?" That marriage must be a nightmare," "Are you really okay?", "I hope you're happy and healthy. Congratulations," "I'm glad you're so strong," "Poor you," "I have a feeling she's forced to appear in public with him," are some of the comments.

To recall, the princess spent most of 2021 in the South African Republic due to a severe ear, nose and throat infection. She then went to a psychiatric facility in Switzerland to continue her treatment and rest. This year it was confirmed that the princess is finally returning home to her husband and seven-year-old twins Jacques и Gabriela.

"Today Charlene is with us again and this is the most beautiful thing that could have happened. We missed the princess very much," Prince Albert said enthusiastically in an interview with Royal Central.

Princess Charlene has not been seen in public for some time, and now she has not even appeared at an event she never misses.

PHOTO | "Kiss": Prince Albert and Charlene did not convince the public of their love