PHOTO: President Pendarovski with his wife at a gala dinner with King Felipe VI of Spain and Queen Letizia 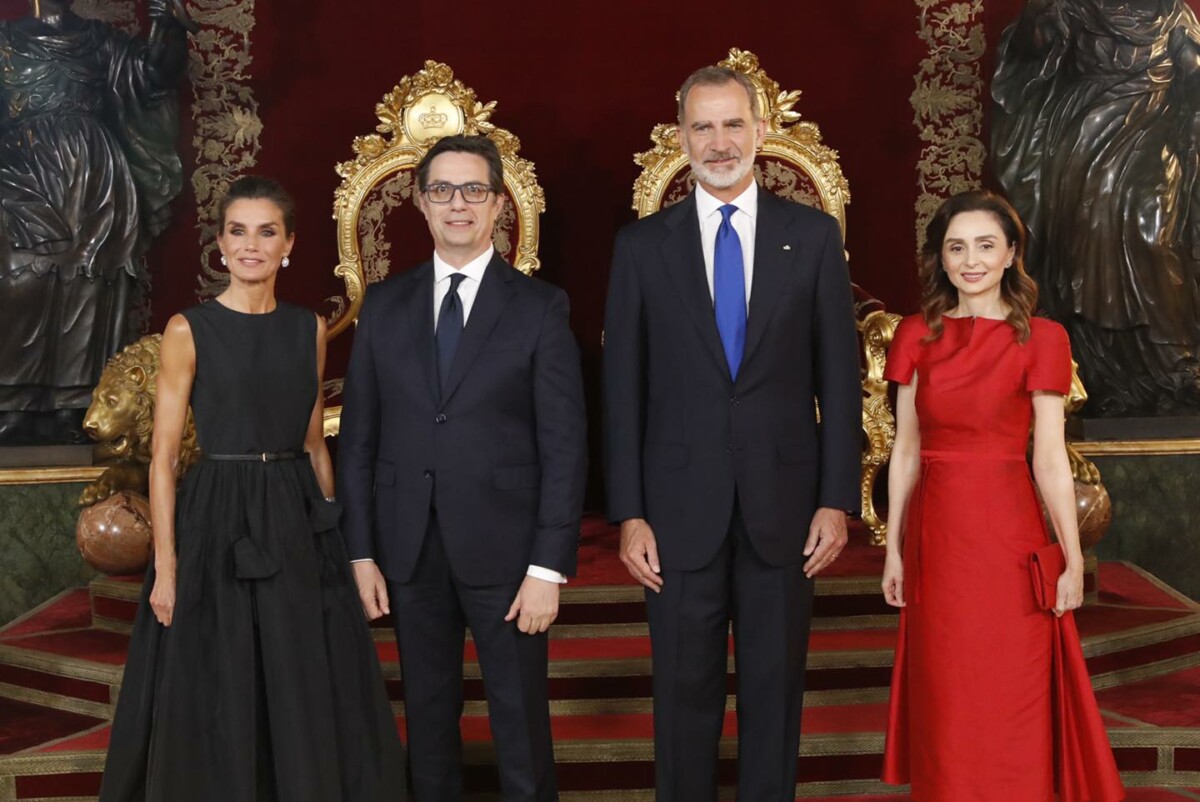 The President Stevo Pendarovski and the first lady of RS Macedonia Elizabeta Gjorgievska They paid an official visit to Madrid, Spain last night, where they met with King Felipe VI of Spain and his wife Queen Letizia.

"Tonight, my wife Elizabeta Gjorgievska and I attended the gala dinner, which was hosted by the King of Spain, His Holiness Karekin II, in honor of the leaders of the #NATO member states participating in the Summit. Felipe VI and his wife Queen Letizia. #NATOSummit #RoyalPalaceMadrid ", is the description of several photos from the event.

The president's wife amazes with her fashion combinations whenever she appears in public. Its simplicity is a real example of what a lady should look like.

So this time too, for this festive occasion, the Macedonian first lady shone in an elegant red dress - a creation of the Macedonian fashion designer Nikola Eftimov, combined with sandals and a miniature bag in the same tone, and wore a discreet make-up and hairstyle. While President Stevo Pendarovski wore an elegant black suit.

"The dress worn by Ms. Gjorgievska was inspired by a modern interpretation of the traditional references of Macedonian and Spanish culture. The starting point of the story is red as the reference for both countries. The silk dress follows the idea of ​​simple elegance, respect for the personality of the first lady, but also the event itself ", revealed the designer Eftimov.

The King of Spain, Felipe VI, wore a simple suit combined with a blue tie, while Queen Letizia wore a black dress with a belt that she paired with chic black high-heeled shoes, silver earrings and curly hair.