PHOTO | The last announcement of the shot cameraman "breaks" the heart 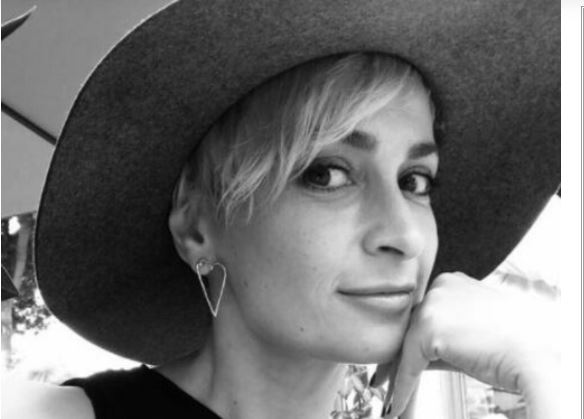 During the filming of "Rust" near Santa Fe, Director of Photography Halina Hutchins was killed after being accidentally shot by actor Alec Baldwin, from a gun that was supposed to be loaded with fake bullets (blanks).

Hollywood has been wrapped in black since this morning - actor Alec Baldwin, 68, inadvertently killed director of photography Halina Hutchins, 42, while director Joel Souza, 48, was hospitalized with a gunshot wound, Santa Fe police said.

According to the American media, Halina Hutchins was one of the most promising in this business in Hollywood, and she was predicted to have a big and dazzling career.

"I think she will be incredibly famous and very successful as a director of photography," said Adam Egypt Mortimer, who worked with her on the filming of "Archenemy."

In her biography, Hutchins has made numerous films, including "Darlin", "The Mad Hatter", "Blindfire" and others, and is currently preparing several short films in which she is to star.

Just two days ago, Hutchins shared a video on Instagram in which she showed how she enjoys filming on horseback.

She pointed out that hanging out with these animals is just one of the many good things about making Western movies, and she shared a photo of the entire crew, led by Alec Baldwin.

Namely, Baldwin (68) himself went to the police station and gave a statement crying.

The reason why Baldwin shot at people who were not part of the cast has not yet been investigated, but local police are investigating the case and no criminal charges have been filed.

BREAKING: A distraught Alec Baldwin, after he accidentally shot & killed the cinematographer on the set of his new movie, & wounded the writer-director. How on earth could this have happened?
Pics: Jim Weber@thenewmexicanGo pic.twitter.com/xrvcheLaCK

Hutchins was airlifted to the University of New Mexico Hospital where she was pronounced dead, while Souza was taken by ambulance to the Christos St. Regional Center. Vincent "is taken care of due to the shooting injury.