PHOTO | Police found a two-year-old girl and baby in the woods: The message revealed their origins 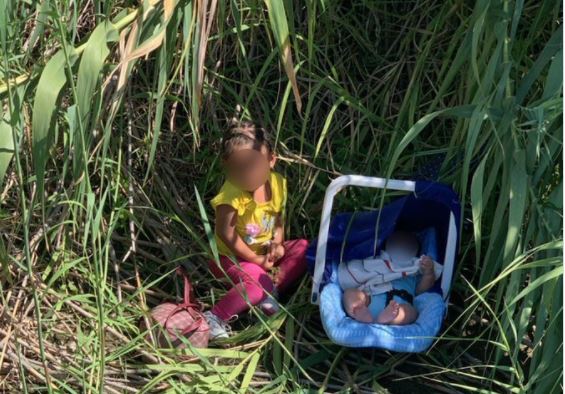 U.S. Border Patrol rescued two children after they were found in a forest on the Rio Grande River.

On Tuesday, police posted a photo on Twitter of a two-year-old girl with a backpack and a three-month-old boy in a basket with a blanket sitting in the bushes.

Border police said in a press release that officers found the abandoned children near Eagle Pass around noon.

Police officers patrolling the boat noticed an unusual color on the river bank and as they approached, they realized that they were abandoned children.

The attention to detail our agents demonstrate while preforming their duties can be the difference between life and death. It is heartbreaking and frustrating to know that there are children being abandoned without remorse or concern for their lives and wellbeing. - Chief Garcia https://t.co/k8FXzoX9OQ pic.twitter.com/0lTc8hlUHk

The message that was found under the stretcher in which the baby was found revealed the age of the children, as well as that it was a brother and sister from Honduras.

"A detailed search of the area has been carried out, but we have no information on what happened to their parents," the statement said.

In an additional statement on Twitter, Border Police Chief Robert Garcia praised the staff for bringing the children to safety, People magazine reported.

"A sense of detail that our agents show while performing their duties can sometimes be the difference between life and death," Garcia wrote.

He added that it is painful and frustrating to know that there are children who are abandoned without a clear conscience, knowing that their safety in the forest is at stake.

The whereabouts of their parents are currently unknown and they are still being sought.

All the truths and misconceptions about retinol in one place

PHOTO | German fairy tale by Liljana from Ohrid: Trendafils remind me of Ohrid Park where I spent my childhood

What are the autumn and winter pieces worth investing in now?

Tell me when you were born, I will tell you what you are like: Summer people are in love and winter people are practical