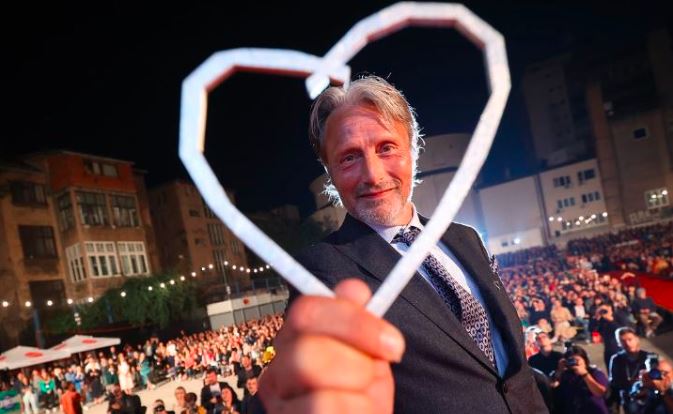 "I am here for the first time. I had some time to walk around, eat kebabs and that's what I saw for now. I am very happy to be at the festival. "I would like to have seven days to see the whole city, but I have to leave tomorrow," Mikkelsen said.

The film was shown at the festival last night "Hunting" in which Mikkelsen has the main role. Prior to the release of the film, Mikkelsen was awarded The honorable heart of Sarajevo, for his exceptional contribution to the art of cinema. The Danish actor received this recognition at the 26th Sarajevo Film Festival (2020), which, due to the circumstances caused by the coronavirus pandemic, he could not attend.

The said role in 2012 brought him the award for best actor Cannes Film Festival.

Just before arriving before The National Theatre, Mikkelsen also spent time with the mayor of Sarajevo, Benjamina Karic, which hosted the actor in The city hall, and then went for kebabs with Zlatko Burić – Kić, actor and performer, one of the founders of the famous Bowling Ball.