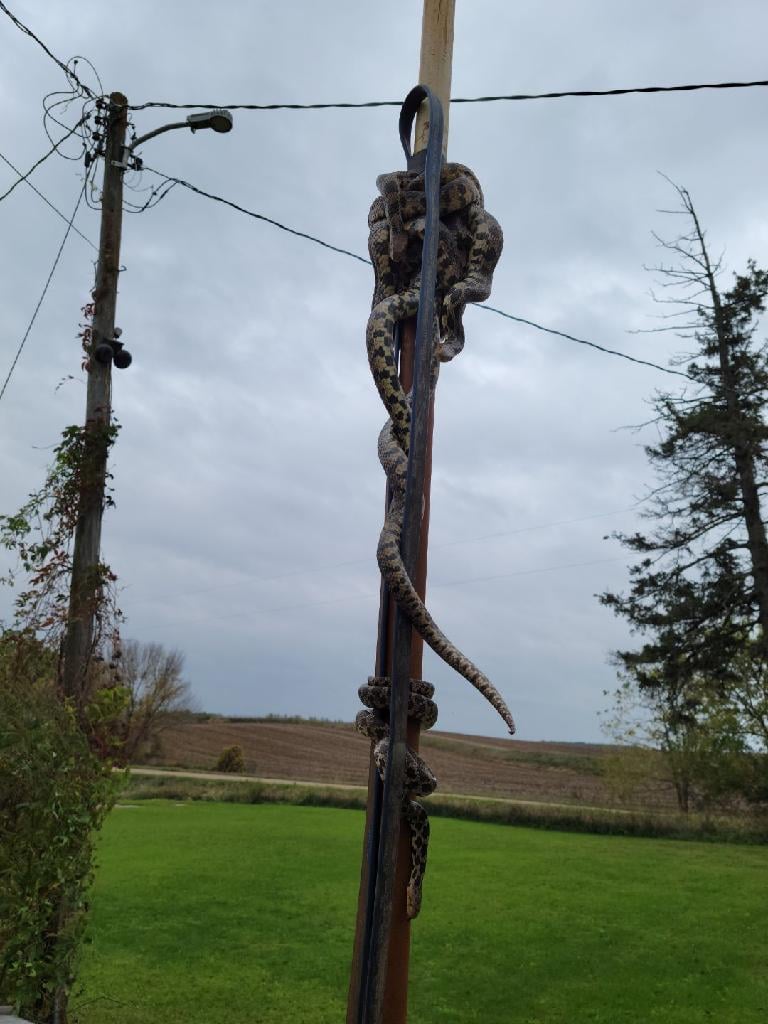 A worker at Mort's Water Company based in Latimer, who was repairing a faulty water well, unknowingly disrupted the habitat of huge snakes, the photos show.

When he arrived at the scene, he dug a pipe out of the underground well and pulled out a bunch of snakes.

The snakes probably entered "through the top of the poorly closed casing of the well," Mort said in a statement.

According to the Missouri Department of Conservation, bull snakes are relatively large, capable of growing up to six feet [XNUMX m] in length, but they are non-venomous and pose no real threat to humans. In fact, they are considered "economically viable," experts say, "because of the large number of rodents they kill, this species is a valuable neighbor for farmers."

VIDEO | Scientists who created the first living robots: "Now they can reproduce"